Greek Cypriots vote in second round to elect leader 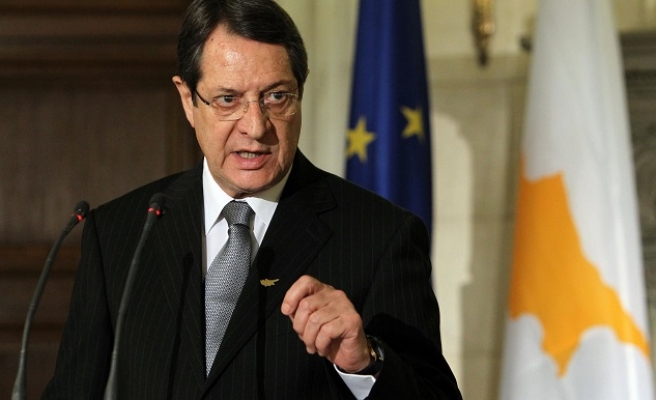 Greek Cypriots began casting votes to elect a new leader in the second round of elections on Sunday.

The first round was held on Jan. 28 during which none of the candidates passed the 50 percent vote threshold.

Current leader Nicos Anastasiades, supported by The Democratic Rally (DISI) party, bagged 35.5 percent of the vote in the first round, while Stavros Malas, supported by communist AKEL took 30.3 percent.

Anastasiades and Malas were now competing in the second round.

The candidate, who takes the most votes in the second round, will be the new leader of the Greek Cypriot Administration which has 550,876 registered voters.

The Greek Cypriot polls come in the wake of Jan. 7 general elections in the Turkish Republic of Northern Cyprus, Greek Cypriots' neighbor on the divided Eastern Mediterranean island.

If Anastasiades gets reelected, peace negotiations with the TRNC are expected to resume.

Cyprus has been divided since 1974 when a Greek Cypriot coup was followed by violence against the island's Turks, and Ankara's intervention as a guarantor power.

Cyprus has seen an on-and-off peace process in recent years, including the latest initiative in Switzerland under the auspices of guarantor countries Turkey, Greece and the U.K. collapsing in 2017.

Turkey blames Greek Cypriot intransigence for the talks' failure, also faulting the European Union for admitting Cyprus as a divided island into the union in 2004 after Greek Cypriot voters rejected a peace deal.