More than 300 people, believed to be Syrian refugees, were on board the vessel 50 nautical miles (90 km) west of Cyprus. 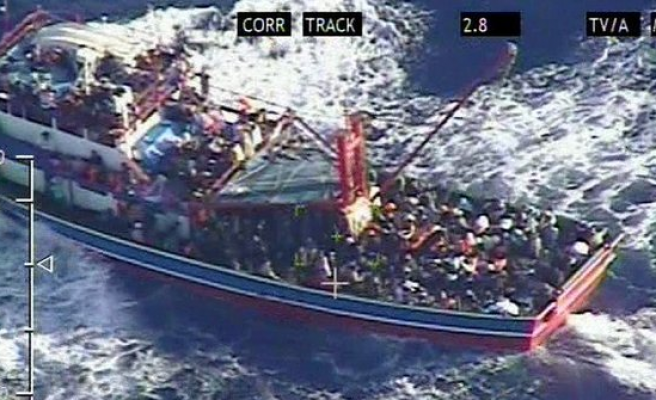 Greek Cypriot authorities on Thursday rescued hundreds of migrants, most of them women and children, after their boat hit rough seas off the coast of the eastern Mediterranean island.

Some 345 people, whom authorities said earlier they believed to be Syrian refugees, were thought to be on board the vessel 50 nautical miles (90 km) west of Cyprus.

The cruise liner Salamis Philoxenia was directed to the area to offer assistance after authorities picked up a distress signal from the boat on Thursday morning.

All the passengers, including 52 children, were picked up unharmed, Cyprus's defence ministry said.

Authorities had made preparations for the reception and possible medical treatment of those on board the boat, the ministry added.

Photos taken from a Greek Cypriot army helicopter earlier showed dozens of people sitting on the main deck of what appeared to be a fishing trawler being battered by rough sea and strong winds.

Greek Cyprus, an EU member state, lies just west of Syria. Despite its proximity, there have been few reports of the island being used as a haven by the hundreds of thousands of refugees fleeing the country's three-year-long civil war.