Around 85 Turkish Cypriots were massacred on August 14, 1974 after Greek Cypriot terror cell EOKA-B rounded up all males aged 9 and above from the village of Taskent and executed them in a secret location. 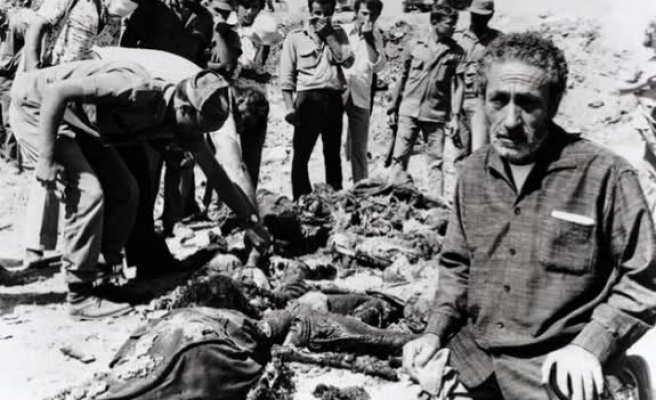 A mass grave believed to contain the remains of dozens of Turkish Cypriots who were massacred by Greek Cypriots in 1974 has been found.

The mass grave near the village of Taskent (Dohni) promises to solve the mystery of two buses that went missing on the road between the Parekklisia and Limassol on August 14, 1974.

A mass grave of the passengers of the first bus had been found in 2010, but until today the whereabouts of the remains of the 45 passengers on the second bus was unknown. All together around 85 were killed.

Andreas Dimitriu, a former member of the Greek Cypriot terrorist group EOKA-B, had previously admitted that all males aged 9 and above who were living in Taskent were rounded up before being taken to a secret location and executed during the war.

The island of Cyprus has been divided since 1974 when Turkey exercized its constitutional right as a guarantor by conducting a military operation following a coup by far-right Greek Cypriot extremist group EOKA.

As a safeguard, Turkish Cypriots living in the south of the island fled north where Turkey's troops had based their soldiers. Greek Cypriots in the north fled south. After 9 years of failed peace talks, thr Turkish Cypriots declared the independence of the Turkish Republic of Northern Cyprus in 1983, which to this day has only been recognized by Turkey.

If not for the Turkısh ınterventıon ,Turkısh cyprıots would be non exısent on the island !