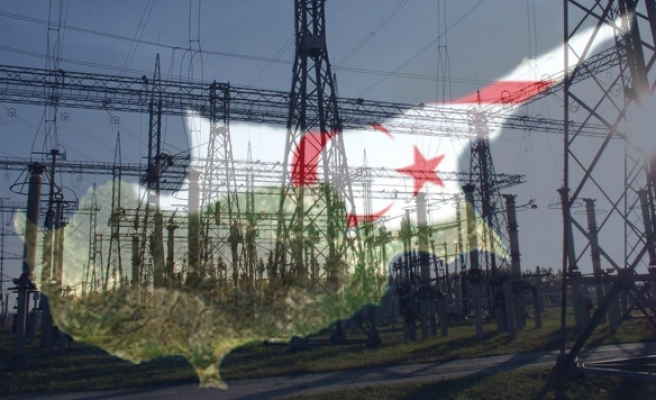 The Turkish Republic of Northern Cyprus owes its water supply to Turkish technology, according to forestry and water minister on Wednesday.

Veysel Eroglu was referring to a landmark water supply project between Turkey and the TRNC.

In remarks during his meeting with TRNC’s Agriculture and Natural Resources Minister Nazim Cavusoglu, Eroglu said: "If it weren’t for Turkish technology, nobody would be able to supply water to Cyprus.”

The Turkish minister said Turkey “is among the top three in terms of water projects.”

Eroglu said water supply projects for the agriculture sector that would contribute to TRNC’s economy by increasing the product range were also complete.

The rest would be used in the industrial sector or as potable water, he said.

The power line's route will differ from that of the water supply project between Turkey and TRNC, which was realized a few years ago. This project supplies 30 million cubic meters of water every year.

In recent years, Turkey began to transfer 75 million cubic meters of fresh water per annum from Turkey to the TRNC. The project will last for the next 50 years.

The first flow of fresh water from Turkey to the TRNC was sent in October 2015 and has continued unabated since then.

Cyprus was divided into a Turkish Cypriot state in the north and a Greek Cypriot administration in the south after an Enosis-inspired 1974 military coup was followed by violence against the island’s Turks, and Turkey’s intervention as a guarantor power.