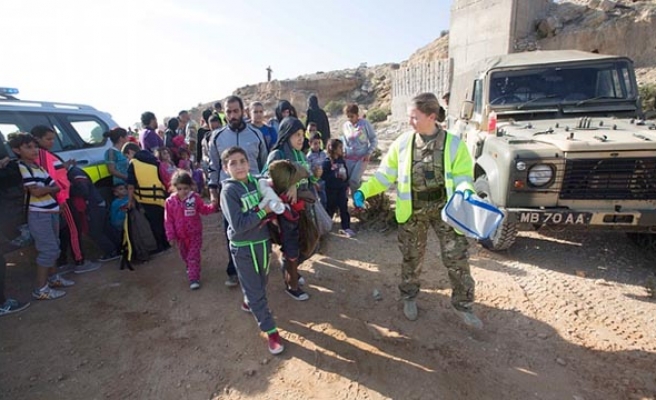 The UN refugee agency, the UNHCR, has made it clear that the UK was  legally obliged to resettle more than a hundred Syrian refugees who arrived at a British military base in Cyprus. This contradicts claims from the Ministry of Defence (MoD) that they were a Cypriot responsibility.

114 Syrian refugees on twooverloaded wooden boats carrying 114 refugees, including 28 children, have been transferred to a temporary area at Akrotiri on the southern coast of Cyprus. According to a Cypriot coastguard, the refugees were abandoned offshore by people smugglers.

Reacting to the arrivals at Akrotiri, the MoD said: “At the moment our key priority is ensuring everybody on board is safe and well. We have had an agreement in place with the Republic of Cyprus since 2003 to ensure that the Cypriot authorities take responsibility in circumstances like this.”

Asked whether the refugees would be able to claim asylum in Britain, an MoD official said: “That’s not our understanding.” A spokeswoman for the Home Office also stated: “The resettlement of refugees landing on the southern bases in Cyprus is not the responsibility of the United Kingdom.”

But the UNHCR said in a statement that the 2003 UK-Cyprus memorandum made it clear that “asylum seekers arriving directly on to the SBA [Sovereign Base Area] are the responsibility of the UK but they would be granted access to services in the republic at the cost of the SBA.”

The UNHCR said that it still not been able to visit the refugees because they were on a military base, but that high-level talks were under way between British and Cypriot officials and that the agency had offered to mediate.