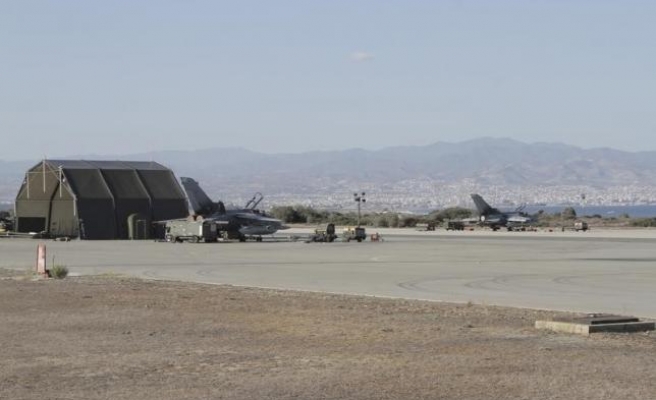 A group of 140 refugees, including women and children, landed at a British air force base in Southern Cyprus on Wednesday, the U.K. defense ministry said in a statement.

The base is sovereign British territory and this is thought to be the first time refugees have directly entered U.K. territory during the current refugee crisis.

“We have not established where they are from yet,” a spokesman for the base said, according to the Cyprus Mail newspaper.

The BBC reported that a group of Iraqi Kurds that landed at Akrotiri in 1998 are still housed at a second British base on Cyprus, having had their asylum claims repeatedly denied by the U.K. government.

Akrotiri is one of two RAF bases on the island and has been used to launch airstrikes on Daesh in Iraq since last year.

Cyprus has seen few refugees arrive on its shores during the crisis - which has seen 710,000 refugees cross into the EU, according to the union’s border agency - despite its relative proximity to Syria.