Tension is said to be mounting in the border regions of Sool and Sanaag, which are disputed between the central government in Mogadishu and breakaway Somaliland. 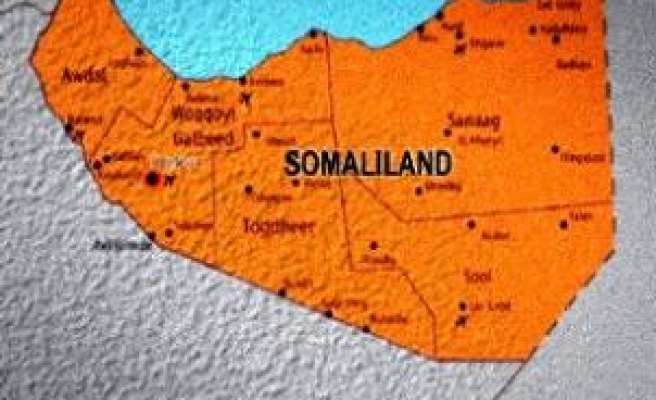 Somalia and the self-declared Somaliland have sent troops into the disputed border regions of Sool and Sanaag, raising fears of a possible outbreak of fighting.

"I can confirm that our soldiers have been deployed to the border with Somaliland," Abdulhakim Abdullah, a lawmaker from the Somali region of Puntland, told Anadolu Agency by phone on Sunday.

"This comes in reaction to the decision by Somaliland to send troops to the disputed Sanaag region last Wednesday," he added.

Tension is said to be mounting in the border regions of Sool and Sanaag, which are disputed between the central government in Mogadishu and breakaway Somaliland.

"We fear the presence of the soldiers on the border may result to fighting. We have seen that in the past," said MP Abdullah.

The European Union, Britain and the U.S. have jointly appealed for both sides to withdraw their troops from the border regions.

"We urge restraint and oppose the use of force," read a joint statement signed by British Ambassador to Somalia Neil Wigan, his U.S. counterpart James McAnulty and E.U. envoy Michele Cervone d’Urso.

Mohamed Abukar, a Nairobi-based political analyst, cited oil as the main cause of dispute.

"The disputed regions of Sool and Sanag have huge oil deposits and already three different oil companies have been licensed to explore oil in the region," he told AA.

"This is complicated since the oil deposits stretch to both sides of the border," added the expert.

Somaliland and Somalia emerged as one country in 1961 after achieving independence from Britain and Italy respectively.

But Somaliland broke away from the rest of the country in 1991 following the ouster of President Siad Barre and the flare-up of a civil war.

Somalia, however, has refused to recognize Somaliland as independent.

Somaliland enjoys relative peace, compared to Somalia which has remained in the grip of violence since 1991.