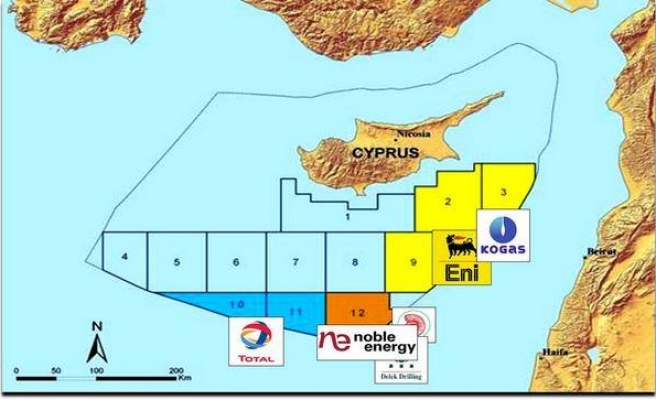 Greek Cypriots' hydrocarbon exploration activities are not commiserate with the peace process, the Ministry of Foreign Affairs of the Turkish Republic of Northern Cyprus said in their website statement Friday.

"As the Turkish Cypriot side, we are of the belief that until a comprehensive settlement is reached, the exploration, extraction and processing of the natural resources around the Island, which is co-owned by the two peoples, should be carried out through the mutual cooperation of the two sides rather than through unilateral initiatives," the Turkish Cypriot ministry said.

The ministry drew attention to the joint statement signed by both parties in February as part of the peace process and urged the Greek Cypriots to fulfill their part towards a resolution.

"The expectation of the Turkish Cypriot side is that the Greek Cypriot leadership will abandon its unilateral and illegal activities and focus on the UN negotiation process, which resumed with the agreement of the two leaders on the Joint Statement of 11 February 2014, with the aim of finding a settlement," the ministry said.

The TRNC in cooperation with Turkey will send a seismic exploration ship to conduct explorations in the regions on which the Turkish Petroleum Corporation has given exploration licenses.

"The Turkish Cypriot people are the co-owners of natural resources on the island,” said the Ministry of Foreign Affairs of the TRNC.

According to TRNC's announcement, based on the results of the data received from the seismic exploration, drilling platforms will also be sent to the relevant areas.