Greek Cypriot Energy Minister Yorgos Lakkotripis said that the Greek Cypriot administration was beginning to form close ties with Lebanon, Egypt and Israel regarding the natural gas reserves in the eastern Mediterranean. 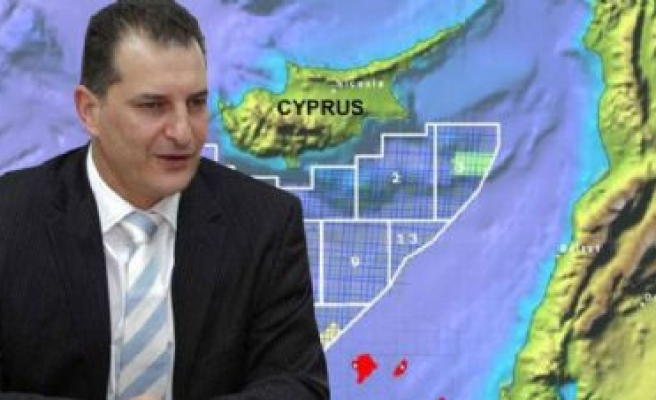 Greek Cypriot Energy Minister Yorgos Lakkotripis has said that a gas pipeline from Cyprus to Europe across Turkey is not among the options the administration is currently considering.

According to the Greek Cypriot Simerini newspaper, Lakkotripis said that the Greek Cypriot administration was considering all scenarios, including the possibility of building an LNG plant in Vasiliko, even though they currently do not have enough natural gas to realize it, but a pipeline through Turkey has not been considered.

Lakkotripis, who was in Lebanon last week, said that the Greek Cypriot administration was beginning to form close ties with Lebanon, Egypt and Israel regarding the natural gas reserves in the eastern Mediterranean and said that officials from each country were due to visit the island as part of the negotiation process.

He also said that one option was to build pipelines to Egypt to make use of the LNG plant there, allowing them to liquify the natural gas and diversify their exports.

The discovery of natural gas reserves in the eastern Mediterranean's Levant basin has not only attracted the interest of all the nations in the region, but has also aroused curiousity in the U.S. and Europe as a potential alternative source for Russian gas.

For this reason, the international community, especially Turkey, have been pushing the Turkish Cypriots and Greek Cypriots of the island to make peace after negotiations restarted in February following a two-year pause.

Turkey hopes that a suitable and sustainable peace deal will make it possible for a pipeline to be built across Turkey to supply Europe. Currently, Turkey does not recognize the Greek Cypriot administration after four decades since Cyprus was split in 1974.

While it is highly expected that a pipeline will be built through Turkey as it is according to experts the only feasible route to supply gas from the Levant to Europe, Lakkotripis previously suggested that there were discussions taking place regarding a proposed pipeline from Cyprus to the Greek island of Crete.

However, due to the deep waters of the Mediterranean, Turkish Cypriot negotiator Kudret Ozersay quoted experts when explaining how this project would be near impossible, dismissing it as a 'dream'.

Nonetheless, as well as reviving the desperate Greek economy, a pipeline through Greece could leave Turkey out of the race for a share of the eastern Mediterranean gas reserves. Turkey, on the other hand, has certified its alternative options by exploring off the Turkish Cypriot shores of the Karpass peninsula. However, this could veer negotiations off-track as the Greek Cypriot administration deems this move to be illegal.

A coup by EOKA militiamen on the 1960 Cyprus convention-backed government in 1974 in a bid to unite the island with Greece prompted Turkey to exercise its right as a constitutional guarantor and conduct a military operation to protect the endangered Turkish Cypriots.

Nine years later, the Turkish Cypriots declared the independence of the Turkish Republic of Northern Cyprus (TRNC) after the two sides failed to return to the constitutional government. Attempts to reunite the island failed once again in 2004 when Greek Cypriots voted against the Annan Plan before their accession into the EU.