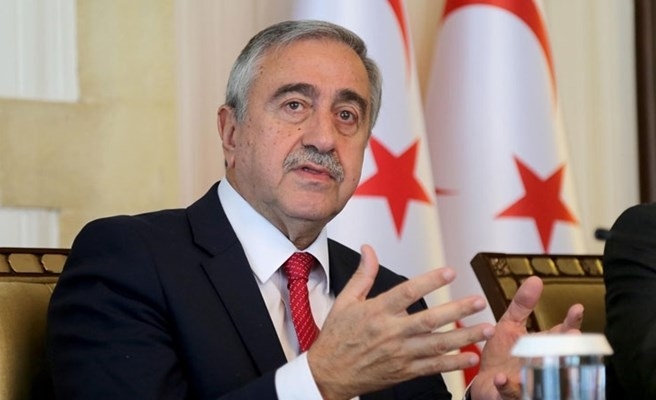 Turkish Cypriot President Mustafa Akinci said Friday that he hopes 2016 will be a year of peace.

Akinci made the remarks after meeting with Special UN Cyprus Envoy Espen Barth Eide in Lefkosa.

Akinci told reporters after the meeting that any steps that could damage the negotiation process must be avoided.

"Let's maintain our determination and not lose our faith on this issue. We must do this for this country's future generations," he said.

Eide stated that the negotiation process is progressing well, as it should be.

He announced that European Parliament President Martin Schulz will visit the island next week, predicting that the visit will be very good for both Turkish and Greek Cypriots.

Previous negotiations stalled in October 2014 in a row over gas exploration.

The island has been divided into a Turkish Cypriot government in the northern third and Greek Cypriot administration in the southern two-thirds after a 1974 military coup by Greece was followed by Turkey’s Peace Operation as a guarantor power for Cyprus.