﻿Turkish Cypriot Chief Negotiator in the Cyprus peace talks Dr Kudret Ozersay's reformist "Toparlaniyoruz" (Let's Get It Together) movement, has made him a popular figure among the masses of Turkish Cypriots. 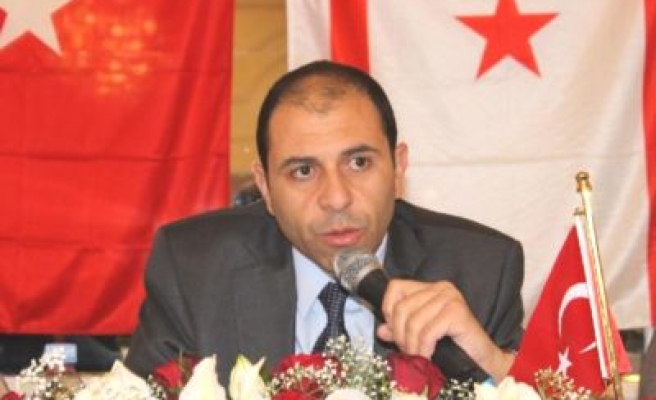 Ozersay, who is also a lecturer at the Eastern Mediterranean University's Department of Political Science and International Relations, made the revelation on Friday after weeks of speculation.

He added that he would remain as a negotiator until the Turkish Cypriot election board determined the timetable for the elections.

The former aide to current TRNC president Dr. Dervis Eroglu also said that he had previously told Eroglu of his intention to enter the race, but did not know whether or not Eroglu was planning to run for re-election.

Dr. Eroglu, who has been given the encouragement to run for office by his National Union Party (UBP) and Serdar Denktas's Democrat Party (DP), said he would reveal his decision in November.

So far the confirmed candidates are capital city Lefkosa (Nicosia) mayor Mustafa Akinci, who is backed by the Social Democracy Party (TDP), and Parliament Speaker Sibel Siber, who is supported by the and Republican Turkish Party (CTP).

Although Ozersay is entering the polls as an independent candidate, his reformist "Toparlaniyoruz" (Let's Get It Together) movement, has made him a popular figure among the masses of Turkish Cypriots.