﻿The prime minister of the Turkish Republic of Northern Cyprus said that gas findings should be shared fairly between Turkish and Greek Cypriots. 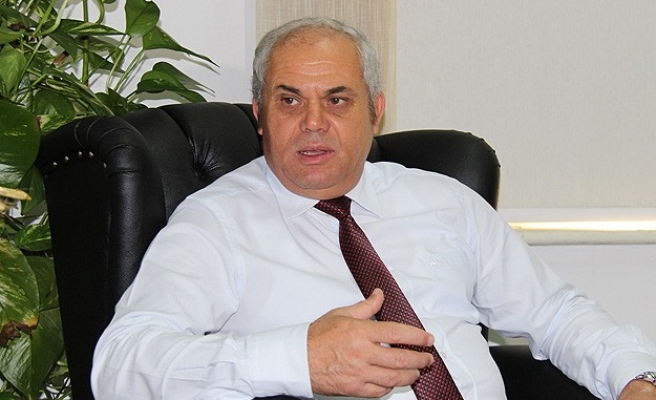 The revenue from the natural gas findings belongs to the island as a whole, Turkish Republic of Northern Cyprus Prime Minister Ozkan Yorgancioglu said in an interview.

"They want to make use of the gas until the Cyprus question is resolved, but want us benefit from it after the solution of the question," Yorgancioglu said about the Greek attitude on the subject.

"This is unacceptable because once they benefit the gas revenue, they might be unwilling to look for a solution," he told Anadolu Agency.

Yorgancioglu said the question of healing the island’s division should be resolved first and the revenue should be shared fairly after that.

The Cyprus peace talks, which have been stalled since January 2012, resumed after the Turkish Republic of Northern Cyprus and Greek Cypriot leaders agreed in February on a joint declaration. The distribution of the gas found in Aphrodite is among the most important topics.

Yorgancioglu emphasized that the gas belongs to entire island, and he criticized the Greek side's position on the issue.

The "solution" is expected to address issues such as a constitutional framework for the island, territorial adjustments, return of property or compensation payments to pre-1974 owners, the return of displaced people and possible repatriation of Turkish Cypriot settlers.

Regarding the current stage of peace talks, the Turkish Cypriot prime minister said the Greek Cypriots want to neglect the outcome of previous talks, and want to start over from scratch instead of building on items that have been already agreed on.

Yorgancioglu said he maintains hope that energy findings in Cyprus could become a catalyst for peace between Turkish and Greek Cypriots.

He also said Turkey is the best route for transfer to Europe not only of gas from Cyprus, but also from Lebanon, Israel and Egypt, as it is the most secure, cheapest and the most sustainable way.

Yorgancioglu said the findings will not only help improve relations in the island but they will lead also to good relations between Turkey and Israel, Israel and Lebanon, Israel and Egypt, as well as providing an alternative energy source and route for Europe.

He said that once natural gas projects succeed, solar energy in the island might become a focus of international investment.

You can't have it both ways - the natural wealth of Cyprus correctly belongs to the entire island and all its inhabitants but, how can it be distributed to an area of the island which is under occupation? If you share the notion that the TRNC is a legitimate independent country then again, why should the Republic of Cyprus share its gas with another country? You are either a representative of a community under occupation or the PM of a country