The Turkish navy has sent its Bafra Korveti warship to observe the Bahamas flag-carrier Saipem 10000 drillship which was sent by Italian-Korean consortium ENI/KOGAS to the "Onasagoras" gas field in Block 9 of the island's Exclusive Economic Zone (EEZ) on Tuesday. 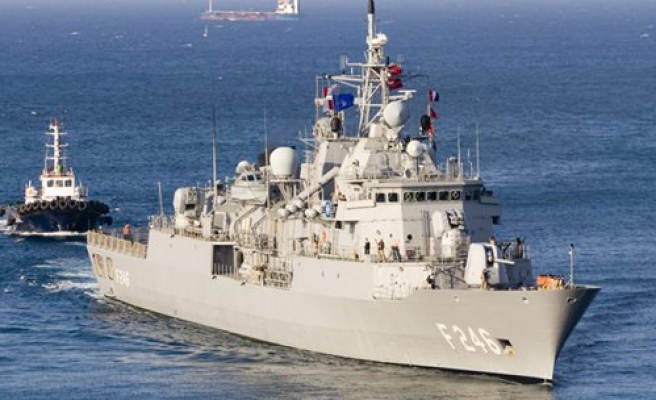 Turkey has sent a warship to the island of Cyprus to monitor a drillship that has been sent to search for natural gas reserves off the island's coast.

Italian-Korean consortium ENI/KOGAS has sent the Bahamas flag-carrier Saipem 10000 drillship to the "Onasagoras" gas field in Block 9 of the island's Exclusive Economic Zone (EEZ) on Tuesday.

In response, the Turkish navy has sent its Bafra Korveti warship to observe the drillship's activities.

Kasoulides added that the situation was being closely watched and diplomatic moves have been made, Cyprus Mail reported.

Speaking to CNA, Onoufriou said the ENI/KOGAS consortium has planned a series of exploratory drillings over the next 18 months.

Previously, Onoufriou had told ITAR-TASS, that Cyprus would be able to provide Europe with liquefied natural gas (LNG) from Cyprus by 2022.

However, as the island currently lacks an LNG plant, which would require financing in the range of half of Cyprus' annual gross domestic product (GDP), estimated at 17 billion euros ($21.8 billion), Onoufriou said that the construction of such a plant would first have to be justified with the discovery of more gas reserves.

“If we get the confirmation that there is a sufficient amount of gas, we will be able to continue developing plans to construct a land-based LNG plant, if no, we will have to again assess the capacities,” she was quoted saying by Cyprus Mail, adding that a floating LNG plant was also a possibility.

The 140 billion cubic meters of natural gas found in Block 12 of the Aphrodite gas field, which was discovered by US Noble Energy company, is insufficient to fund an LNG plant.

Onoufriou went on to tell CNA, “Through this program that has been accelerated, we expect to have sooner, more concrete results, which will allow us to have a clearer picture of the data, to take important decisions on the exploitation and the future of this industry in our country.”

Greek Cypriot Minister of Energy Giorgos Lakkotrypis wrote on his personal twitter account that the first results of the drilling are expected to come within 80 days, reiterating Onoufriou's estimate.

In addition to Block 9, the ENI/KOGAS consortium has also been granted the right to drill four to six wells in Block 2 and Block 3 of the Cyprus EEZ.

France's Total and US energy giant Noble have also been given rights to other blocks.

The discovery of natural gas reserves in the eastern Mediterranean's Levant sea basin, which is found within Cypriot waters, is considered to be a possible alternative to Russian gas.

However, a 40-year political dispute between the island's Turkish Cypriots and Greek Cypriots are proving to be an obstacle to the shipment of the newfound resource.

Although Europe is arguably the favorite to become the island's number one customer for the gas, Turkey insists that the only way it would allow pipelines through its territory to supply Europe is if the Greek Cypriot administration agrees to the UN-backed bi-zonal, bi-communual peace deal with the breakaway Turkish Republic of Northern Cyprus (TRNC).

Reluctance on the Greek Cypriot side to agree to a bi-zonal federation has led them to consider other possibilities, including pipelines through Greece, which many experts consider unrealistic.

Israel has considered plans to begin building an LNG plant in Cyprus in 2016 in order to allow Israel to supply the Asian demand for a cheap price. However, in order to compete with Australia, Mozambique, the US, Canada and Russia, who have already offered to supply the far-east with LNG by 2018-2020, Israel needs to act quickly and therefore cannot afford to wait for the Greek Cypriot administration to complete this project.

The Cyprus peace talks were revived in February after they broke off in 2012 when the Greek Cypriot administration took over the EU presidency, despite Turkey's protests. Turkey was also displeased that the Greek Cypriot administration was signing deals with neighboring countries over the gas reserves while the island of Cyprus remained divided due to an unresolved dispute.

Turkey had argued that Greek Cypriot exploitation of gas reserves in the Levant basin while the Cyprus issue remained unresolved would deny Turkish Cypriots their rights to benefit from the reserves. Turkey therefore began its own exploration project in Turkish Cypriot waters off the coast of Karpaz (Karpassia), which the Greek Cypriot administration argues is illegal.