UK seeks to deport refugees at Cyprus base

114 refugees landed at Akrotiri Royal Air Force Base in two fishing boats on October 21 and were later moved to Dhekelia, largest of UKs two military bases on Cyprus 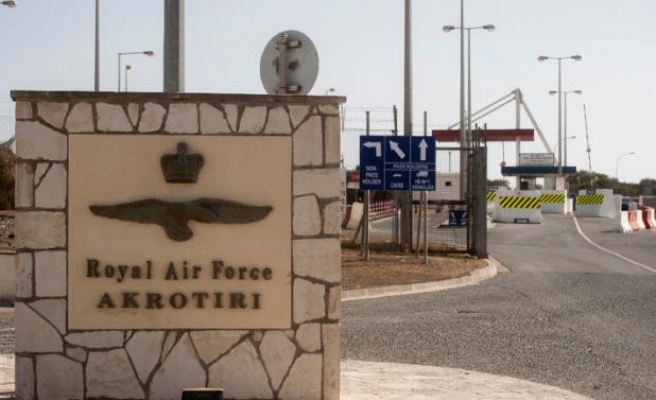 Up to 114 refugees from the Middle East staying at a British military base on Cyprus will be deported if they do not claim asylum with Cypriot authorities, British officials said Monday.

"The options are either claim asylum in Cyprus or the process of deportation will begin," British Forces Cyprus spokesperson Sean Tully told AFP.

The 28 children, 19 women and 67 men landed at the Akrotiri Royal Air Force Base in two fishing boats on October 21 and were later moved to Dhekelia, the largest of Britain's two military bases on the Mediterranean resort island.

Britain retained sovereignty over both base areas when Cyprus won independence in 1960.

But "the bases are not a back door to Britain," Tully said.

The mostly Syrians, Palestinians and Lebanese refugees -- who were originally heading for mainland Greece not Cyprus -- have been handed a "notification of intention to deport", Tully said.

"Each individual has an opportunity to challenge this, so we don't how long this process will take," he said.

He said the country to which they are deported will be determined during this process.

A handful of the 114 refugees have requested to be voluntarily repatriated to Lebanon rather than stay at the camp which saw disturbances last week due to frustrations over their fate, he said.

Around 15 have asked for asylum in Cyprus, and the Cypriot authorities will process their claims.

But the rest cannot stay on the base, he said.

"We are in a difficult position and our options are limited," said Tully.

The British defence ministry said in October that the refugees should be handed over to Cyprus in line with a 2003 agreement for them to "take responsibility in circumstances like this".

Before that deal was signed, refugees landing on the bases had been left in legal limbo.

British Forces Cyprus said it was working closely with the Cypriot authorities on the asylum process and what steps to take next.

In 1998, a ramshackle fishing boat crammed with 75 refugees landed at Akrotiri.

Seventeen years on, some of them are still living on the Dhekelia base, after repeated appeals for asylum in Britain were turned down.