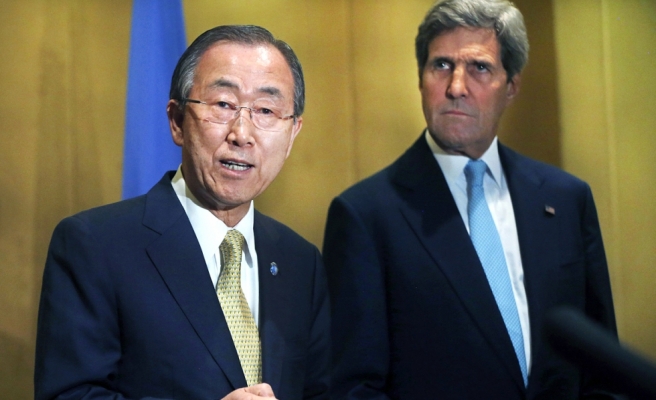 UN Secretary-General Ban Ki-moon on Thursday welcomed the confirmation by Turkish Cypriot President Mustafa Akinci that UN-backed excavation teams will have access to 30 suspected burial sites in military areas in the north of the island.

"[Ban] is encouraged by the steps being taken to build trust and confidence between the Greek Cypriot and Turkish Cypriot communities as the two sides have begun intensified talks this month," read a statement issued by his spokesperson.

Earlier on Thursday, the Committee for Missing Persons said in a statement that it was notified by Akinci that the teams would be provided access over a three-year period starting Jan. 1, with 10 sites to be excavated each year.

The committee said some 2,000 people disappeared during violence from the 1960s to 1974, and about 1,400 Greek and Turkish Cypriots are still reported missing.

The eastern Mediterranean island was divided into a Turkish Cypriot administration in the northern third and a Greek Cypriot one in the southern two-thirds after a 1974 military coup by Greece was followed by the intervention of Turkey as a guarantor power.

Long-stalled negotiations to find a way to settle the conflict resumed in May, with a significant thaw in relations between the two sides since the election of Akinci in April.