Most of the refugees crossed into the southeastern Turkish province of Hatay, which juts into Syrian territory. 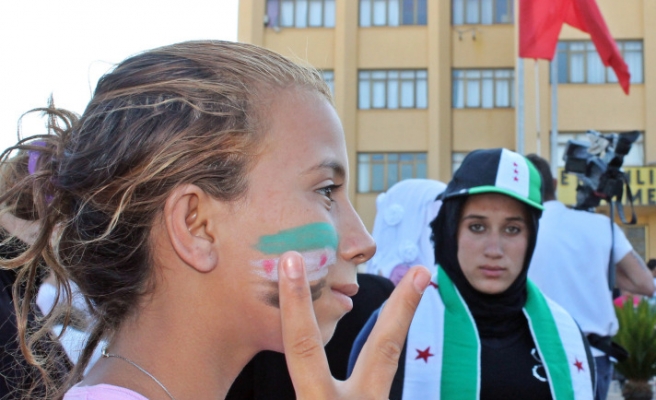 About 2,500 people fleeing violence in Syria have entered Turkey over the past 24 hours, a Turkish official and Syrian opposition sources said on Tuesday, one of the highest daily refugee flows of recent weeks.

Most of the refugees crossed into the southeastern Turkish province of Hatay, which juts into Syrian territory. Turkey is now sheltering close to 70,000 Syrian refugees and is struggling to accommodate the influx.

Hundreds more refugees, mostly from Syria's Idlib and Aleppo provinces, were stuck on the Syrian side of the border and had been told to wait until tomorrow to cross because of the large numbers, Syrian opposition sources said.

"The countryside north of Aleppo was considered a safe haven but random army shelling on it in recent days is making the refugees who had fled there flee again to Turkey," said Ahmad al-Sheikh, a Syrian activist helping the refugees.

Turkey's foreign minister said on Monday that the country would be able to accommodate no more than 100,000 refugees and that the United Nations may need to create a "safe zone" within Syria to shelter any beyond that number.