Luxembourg is planning to open an embassy in Turkish capital Ankara in October, the country's premier said on Friday. 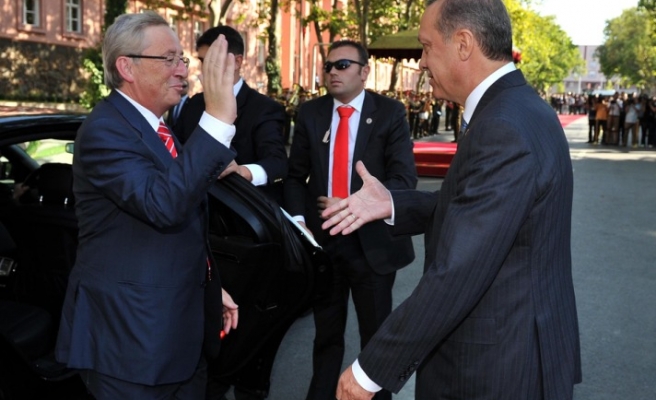 Luxembourg is planning to open an embassy in Turkish capital Ankara in October, the country's premier said on Friday.

Luxembourg's Prime Minister Jean Claude Juncker was received by Turkish President Abdullah Gul earlier on Friday, and said that his country would open an embassy in the Turkish capital in October.

Juncker said he had difficulties in understanding the visa regime the European Union (EU) imposed on Turkey, and his country would work to lift visa procedures for Turkish citizens.

Also speaking in the meeting, President Gul said that Turkish people were disappointed with the obstruction in Turkey-EU negotiation process.

Gul said Turkey would continued to fulfil its responsibilities, and steps taken on road to EU membership contributed to Turkey's democratic and economic development.

On Thursday, Juncker met Turkish Prime Minister Recep Tayyip Erdogan in Ankara, and attended a dinner hosted in his honor by the Turkish premier.

Turkish Premier Erdogan made a gesture, and accompanied Juncker until he got on his plane heading for Istanbul.

Nine years ago, Erdogan had paid a visit to Luxembourg as the chairman of Justice & Development Party, and Juncker had accompanied him until the airport.