The office said that it set up an assistance committee for Somalia and other African countries facing hunger to coordinate the cooperation. 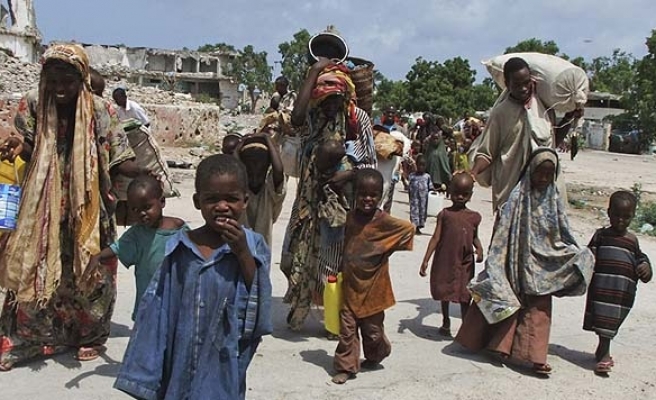 Governor's Office of the central Anatolian province of Konya initiated an aid campaign for African countries which are struggling against starvation.

The governor's office stated on Tuesday that people in the region, especially in Somalia, were faced with a big tragedy due to lack of food and water caused by famine in the continent.

The office said that it set up an assistance committee for Somalia and other African countries facing hunger to coordinate the cooperation and assistance activities across the city during Ramadan month.

On Monday, planes carrying Turkish people's donations and aid arrived in Somalia where some 5 million people face death as famine grips in the Horn of Africa.

According to the United Nations, up to 12 million people in the Horn of Africa have been affected by famine. The U.S. Agency for International Development said that more than 29,000 Somali children under the age of 5 have died in the past 90 days while 640,000 Somali children were acutely malnourished.

The U.N. Office for the Coordination of Humanitarian Affairs (OCHA) estimates that more than $1 billion will be necessary to address all the needs. The USA has so far provided almost $460 million to the overall relief effort.