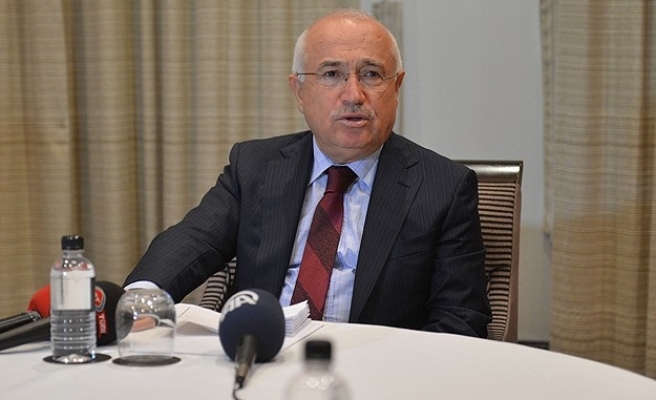 For the first time in Ankara, the genocide carried out by the Nazi regime will be remembered with an official holocaust memorial ceremony. The ceremony will also be attended for the first time by the Turkish Speaker of Parliament. Up to now all remembrance events had taken place in Istanbul.

As part of the 70th International Holocaust Remember Day, Cemil Cicke will be officiate the ceremony which will take place at the Bilkent University Concert Hall, which will also see members of the Jewish community in Turkey in attendance.

A statement from the Foreign Ministry said, “This 70th year realises the occasion of the holocaust, and primarily the Jewish people to who we respectfully share our commiserations with the families and the millions who lost their lives”.

“We hope that mankind has learned lessons from the darkest periods in history and that this atrocity never be repeated and that we must be united in preventing the conditions that led to this mind-boggling murder. What remains is that the anti-semitism that underlies the Nazi ideology continues today and that we believe in the importance of combating this ideology tirelessly.

In this spirit, our country has participated as an observer member in the International Holocaust Remembrance Alliance since 2008. As a result we have taken it upon ourselves to inform and rais awareness to our people regarding the holocaust which is supported through a variety of educational activities.

With the ruthless implementation of the genocide in World War II, Turkey has tried to assist the innocent as much as possible. During the War, many of our diplomats who were stationed in Europe showing immense courage saved the lives of a considerable amount of people. In this context our Minister for Foreign Affairs will represent our nation at the Auschwitz-Birkenau Concentration Camp today, as well as representatives from the Turkish Jewish community".