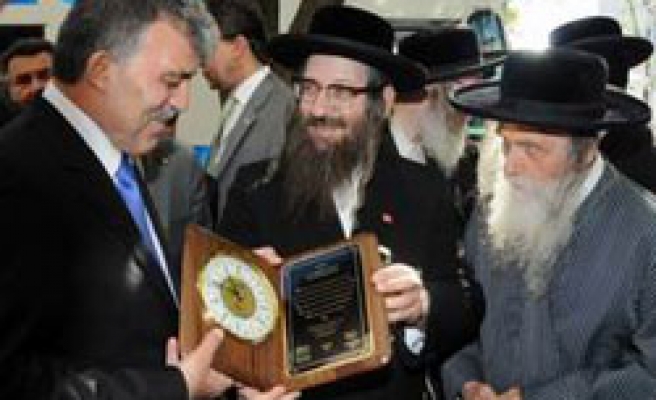 The group greeted President Gul at the entrance of Turkish House in New York and gave a plaque to Gul.

Members of the group said that they came to the Turkish House to express their appreciation to Turkey, its president and people for the friendship, hospitality, warmth and respect extended to Jews in and out of Turkey and the Palestinians living under pressure.