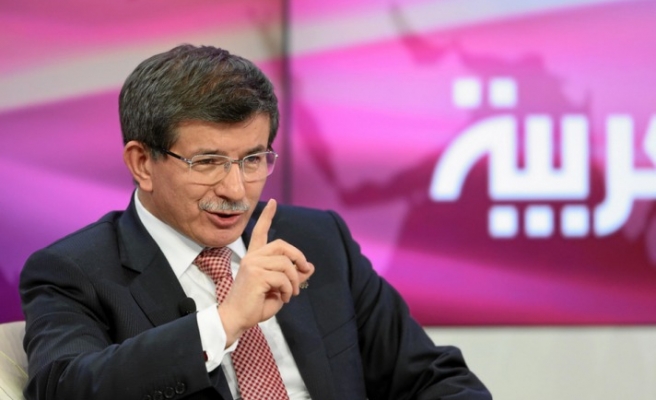 Amid ongoing diplomatic traffic at the United Nations Security Council (UNSC) towards a resolution on Syria, Turkish Foreign Minister Davutoglu blamed the Syrian regime for being the source of  radicalism, intolerance and sectarianism while referring to the recent radical movements in the country.

Davutoglu attended a meeting of the Friends of the Syrian People on the occasion of the UN General Assembly on Thursday.

Reminding that the Assad regime had committed a crime against humanity with the August 21 chemical weapons attack near Syrian capital Damascus, which killed more than 1,000 poeple, Davutoglu said Turkey welcomed the agreement on the destruction of the Syrian regime's chemical weapons.

"This agreement does not mean the end of the Syrian conflict," he said. "The Assad regime must not be allowed to kill civilians with other weapons, and those who committed a crime against humanity must be punished."

He also said the number of the Syrian refugees in Turkey had reached 600 thousand, warning the figures may reach 1 million unless the war ends in Syria, according to the UN.

Davutoglu urged the international community to provide secure settlements for the refugees and to open humanitarian corriodors to easily send humanitairan aid to them.

He expressed support for an early convening of the second international conference on Syria in Geneva, saying the conference would produce positive results only if the Assad regime were removed.

Meanwhile French Foreign Minister Laurent Fabius said the five permanent members of the UN Security Council – Russia, the US, UK, France and China –agreed on a resolution to destruct Syria's chemical arsenal in line with a US-Russian deal reached earlier this month.

Fabius also said they accelerated work to find a permanent solution to the crisis in Syria.

Ahmad al Jarba, the head the Syrian National Coaliton, said they would attend the second conference on Syria in Geneva "if a transitional government is formed with those who do not have blodshed in their hands, political prisoners are released, the siege is lifted in Syiran cities and attacks targeting civilians are terminated."