Assad will be ousted 'sooner or later': Turkey's Erdogan

Syrian President Bashar al-Assad will be ousted "sooner or later" by his own people as the time of dictatorial rule fades around the world, Turkish Prime Minister Tayyip Erdogan said. 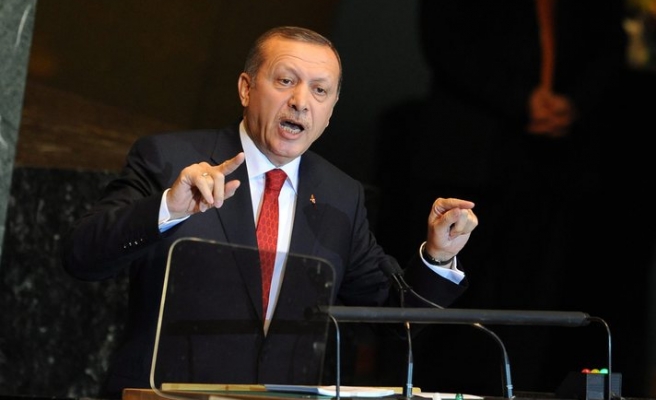 Syrian President Bashar al-Assad will be ousted "sooner or later" by his own people as the time of dictatorial rule fades around the world, Turkish Prime Minister Tayyip Erdogan said.

Erdogan, in an interview on CNN's "Fareed Zakaria GPS" to be aired on Sunday, maintained his tough criticism towards Israel and warned relations may "never become normal again" but he had warm words for U.S. President Barack Obama as Turkey rises as a diplomatic power in the Middle East.

"You can never remain in power through cruelty. You can never stand before the will of the people," Erdogan said in a transcript released by CNN on Saturday.

"This process might be extended a little bit more but sooner or later in Syria, if people take a different decision, that decision is going to be catered to. Such as in Egypt, such as in Tunisia, such as in Libya. People want to be free."

Democracy is overtaking autocracy, he said, and "dictatorial systems are burning down to the ground."

Erdogan has had unprecedented access to Obama, holding nine phone calls with the U.S. president this year.

"Personally, Barack Obama is someone I really like. And vis-a-vis his policies and his implementations, I want him to be much more successful," Erdogan said, wishing him luck in the November 2012 elections.

But the United States and Turkey differ greatly on the conflict between Israel and the Palestinians as a showdown looms over Palestinian statehood at the United Nations.

Ankara's once-friendly ties with Israel crumbled over the killing of Turkish activists on a Gaza-bound aid convoy by Israeli forces last year.

"In this situation, no matter who we are speaking about, democracy, rights and freedom should be defended," Erdogan said.

"If these demands are not met, the relations between Turkey and Israel will never become normal again. We have got nothing against the people of Israel but against the attitude adopted by the administration of Israel," Erdogan said.

"And if you are insistent on creating a source of unrest, you are bound to become lonelier and lonelier. They used to be great friends of ours. And this solitude is Israel's fate under these circumstances."

Turkey has embraced Palestine's position for statehood, while Obama has said he would block any Palestinian bid for full recognition at the U.N. Security Council.

"So fed up with wars"

The prime minister tried to calm concerns over plans for a missile defense base in Turkey, saying the installation is a NATO concept and not a factor in Iran's tensions with Israel.

"We don't think Iran should get offended when there's no reason. We don't want to see Israel coming up with different interpretations from what is actually the reality," he said.

He questioned why Iran should be banned from having nuclear technology while Israel is allowed to be the only country in the region with nuclear weapons.

"Iran says that its only purpose is to generate affordable energy through nuclear power. We do not want to act on presumptions, and no sanctions based on presumptions are acceptable by Turkey," Erdogan said.

"We seek out knowledge from whichever part of the world that is most advanced," he said.

He also addressed reports he had taken holidays with Assad, whose crackdown on protests in Syria has led to U.S. calls for the long-time leader to step aside.

Erdogan said Assad was invited to a popular holiday locale but it was to discuss relations between the two countries and the two leaders never took a vacation together.

He said he finally lost patience with Assad.

"If you're going to act against the fundamental rights, liberties and the law, you will lose your position in my heart as my brother and my friend," Erdogan said. "I was very patient. Patience, patience, patience. And then I cracked."