We will call on developed countries to announce a mid-term program during G20 meeting in Washington this week, said Babacan who held a press conference in New York on Monday. 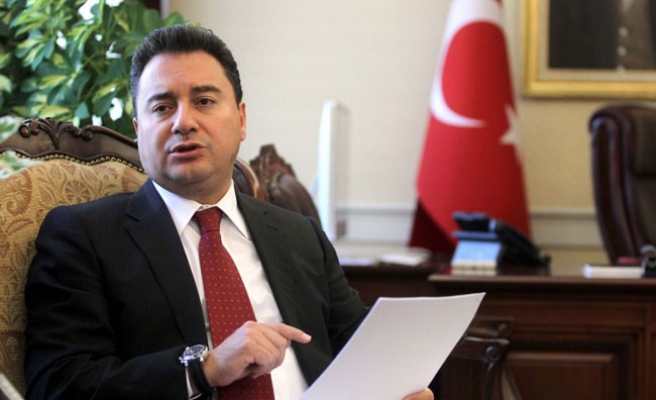 We will call on developed countries to announce a mid-term program during G20 meeting in Washington this week, said Babacan who held a press conference in New York on Monday.

Babacan is currently in New York to attend the 66th term high-level meetings of the UN General Assembly.

Babacan said that during G20 meeting, he would also ask regulations on banking area to be put into practice rapidly and on global scale.

Recalling that commodity prices had been discussed in a G20 meeting which was held in Istanbul on Tuesday, Babacan said that taking measures, which would bring transparency and operate market mechanisms fully, was an important issue.

Babacan said that the United States was still not able to reveal a mid-term economic program which had been announced by Turkey in 2009.

Predictability and confidence helped Turkey to become one of the fastest growing economies of the world in 2010 as well as in the first half of 2011 with 10.2 percent, added Babacan.

Noting that unemployment rate was continuing to drop in Turkey, Babacan said that it decreased to 9.2 percent, and as long as Turkey pursued its economic growth performance, unemployment rate could continue to drop, however, it was also necessary to make structural reforms in labor force market.

Babacan said that the new mid-term economic program would be announced on October 17 before 2012 budget was sent to Parliament.

Upon a question when Turkey could consider to join G-8, Babacan said that Turkey earlier announced that it wanted to be one of the top ten economies of the world as of 2023. He added that developments in the world economy as of 2008 and 2009 helped Turkey reach this goal.

He also noted that the recent economic crisis helped Turkey get closer to its target of being one of the top ten economies of the world.