The vice president of Iraq encouraged Turkey's Is Bankasi to open branches in Iraqi cities. 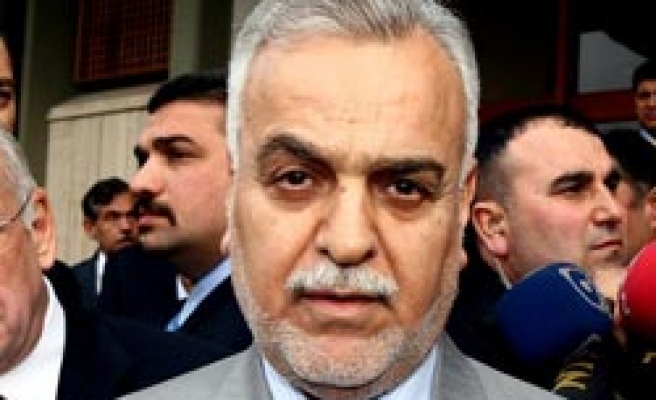 The vice president of Iraq encouraged on Tuesday Turkey's Is Bankasi to open branches in Iraqi cities.

"Is Bankasi has told us that it would open two branches, one in Baghdad and the other in Irbil," al-Hashimi told reporters after visiting the Independent Industrialists' & Businessmen's Association (MUSIAD) headquarters in Istanbul.

Al-Hashimi said he was encouraging Is Bankasi to open branches in Mosul and Basra soon.

"Is Bankasi is thinking about this (opening branches in Mosul and Basra), but it has decided to open two branches," al-Hashimi said.

Al-Hashimi said his country needed to make use of Turkey's experiences in banking.

Vardan said al-Hashimi would attend the 14th International Business Forum to take place in Istanbul on October 6-10 as a speaker.

During their meeting, al-Hashimi and Vardan decided to set up an Iraq cooperation committee, and boost initiatives and cooperation periodically.