All passengers had been safely removed from the plane while security forces searched the aircraft, but no explosives were found. 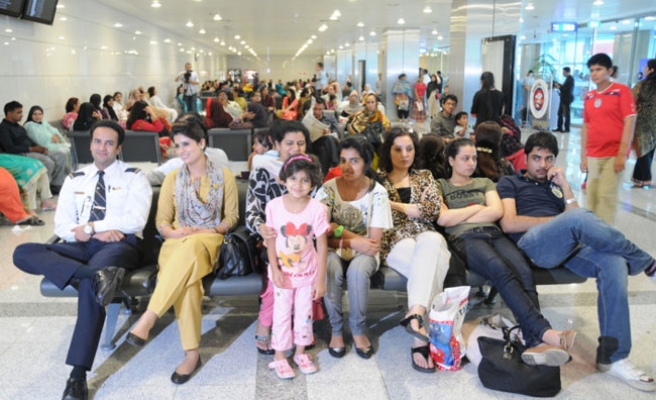 A Pakistan International Airlines passenger plane en route to Britain from Pakistan made an emergency landing in Istanbul on Wednesday, and a second PIA plane was grounded in Kuala Lumpur after the airline received anonymous bomb threats.

The plane landed at Istanbul's international Ataturk airport after PIA received an anonymous email saying there was a bomb on board the Boeing 777 aircraft flying from Lahore to Manchester in northern England, a spokesman said.

All passengers had been safely removed from the plane while security forces searched the aircraft, but no explosives were found, and the plane was cleared to resume its flight to Manchester, a PIA spokesman said.

The second plane which was grounded in Kuala Lumpur because of another e-mailed threat, was also cleared after being searched, according to a spokesman. The official gave no details of the plane's itinerary.

Television footage from Turkey's private Dogan news agency earlier showed a PIA airliner on the tarmac at Ataturk airport while passengers were allowed to disembark and were seen being bussed to the terminal building. Fire engines and ambulances could be seen close to the plane.

Turkish police could not be reached immediately for comment.

Turkey's state-run Anatolian news agency said the plane was a Boeing 777-300 ER with 378 passengers on board. It said the plane had been flying over the Bulgarian capital Sofia, west of Turkey, when it diverted to Istanbul.

In September 2010 a PIA plane en route from Toronto to Karachi was diverted to Sweden after a bomb threat, but no explosives were found on board or in the possession of a Canadian man detained by police and later set free.

The alert began after a woman in Canada called the police from a payphone to say a man on board had explosives on him.