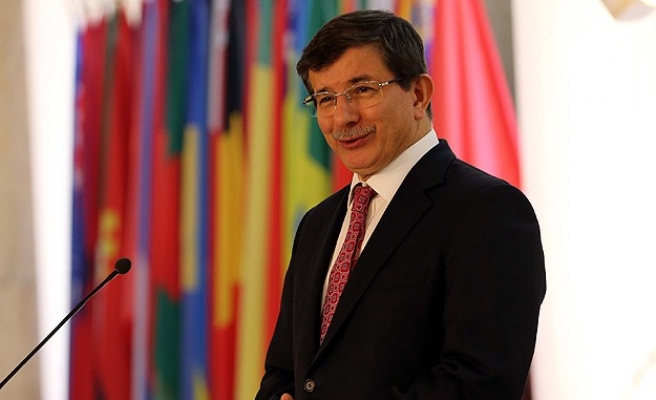 Speaking at joint press conference after the meeting, Davutoglu said that he is pleased with the mutual understanding between the transportation ministers of Turkey and Bulgaria on trucks crossing the border.

This month, neighboring countries closed their borders after Sofia approved only 5,000 out of the 125,000 transit permits requested by Turkey's drivers at the beginning of the year.

Davutoglu also talked about the recent attack on a mosque in Plovdiv. He said it is important to respect the countries' common heritage, adding that he is pleased with Bulgarian authorities condemnation of the attack.

Earlier this month, a large Bulgarian group mobbed Dzhumaya Mosque, throwing stun and smoke bombs and walked to the Turkish embassy in the city. The group clashed with the Bulgarian police after the security forces blocked off the group, in front of the embassy.

He also mentioned that minority properties saying Turkey supports Muslim community to take back their properties in Bulgaria.

Bulgaria, since it is the EU member, has to return properties rightfully belonging to minority community foundations to their owners since 2012.