Bulgarian President Plevneliev said Bulgaria and Turkey are strategic partners and he hopes the two will be linked through the Trans Adriatic Pipeline for natural gas. 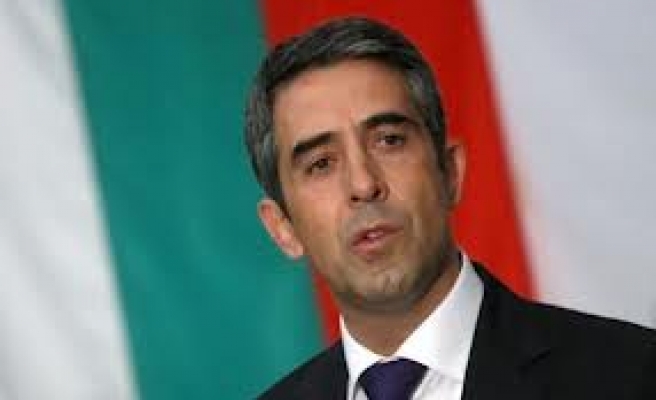 Bulgarian President Rosen Plevneliev has said the partnership between Turkey and Bulgaria is deepening and the Trans Adriatic Pipeline natural gas project is vitally important for both countries.

Speaking to an AA reporter Thursday night in Ankara, Plevneliev said the relationship between Bulgaria and Turkey is strengthening at every level.

"The TAP project is very important and strategic for Bulgaria, because we hope that we will be linked through Turkey and also probably through Greece to TAP," he said, referring to the Trans Adriatic Pipeline by its initials. "It is not just strategically important but a matter of national security for Bulgaria."

The pipeline will run from the border between Turkey and Greece, near Kipoi. From there it will cross Greece, Albania and the Adriatic Sea before terminating in Italy. It will be 539 miles (867 kilometers) long, and is expected provide a new source of gas for Europe.

Construction will start in 2016.

"We want to diversify gas deliveries for our country, and because of that I am very proud and happy that on September 20-21, together with President Erdogan, the presidents of Greece, Albania, Azerbaijan and some other countries will get together in Baku for the groundbreaking ceremony of this very important project," Plevneliev said.

Recep Tayyip Erdogan is the president of Turkey.

The pipeline is expected to supply several southeastern European countries, including Bulgaria, Albania, Bosnia and Herzegovina, Montenegro, Croatia and others.