The head official of Turkish Red Crescent said that more than 6 million lira was collected in campaigns launched to assist hunger and drought-hit Somalia. 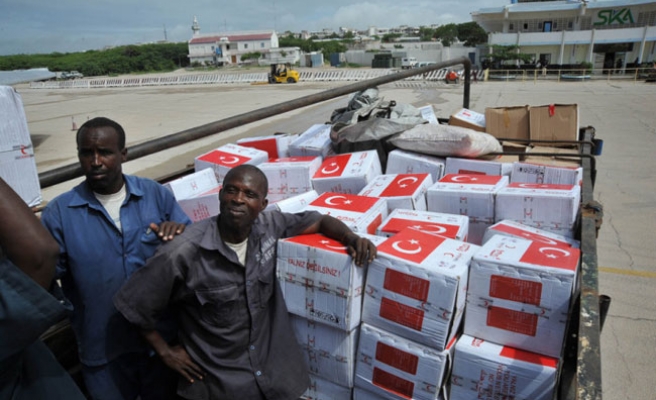 Several campaigns are under way in Turkey to assist hunger and drought-hit Africa.

Erzurum Municipality has launched an aid campaign for African people who have been suffering from famine and drought. The municipality will collect donations including financial aid as well as food, clothes and medicine to be provided by the people in Erzurum.

Two trucks carrying 44 tons of food belonging to a company, Beysehirliler Demir Celik AS, in central province of Konya was sent to Africa through a nongovernmental organization, Kimse Yok Mu. An official from Kimse Yok Mu said that they would keep sending aid to Africa from Konya.

The head official of Turkish Red Crescent (Kizilay) said that more than 6 million lira was collected in campaigns launched to assist hunger and drought-hit Somalia.

On Monday, planes carrying Turkish people's donations and aid arrived in Somalia where some 5 million people face death as famine grips in the Horn of Africa.

According to the United Nations, up to 12 million people in the Horn of Africa have been affected by famine. The U.S. Agency for International Development said that more than 29,000 Somali children under the age of 5 have died in the past 90 days while 640,000 Somali children were acutely malnourished. The U.N. Office for the Coordination of Humanitarian Affairs (OCHA) estimates that more than $1 billion will be necessary to address all the needs. The USA has so far provided almost $460 million to the overall relief effort.