During his visit in Athens, Turkish minister discussed several issues including the opening of the Halki seminary, the mosque problem in Greece, and lifting visa requirements for Turkish citizens. 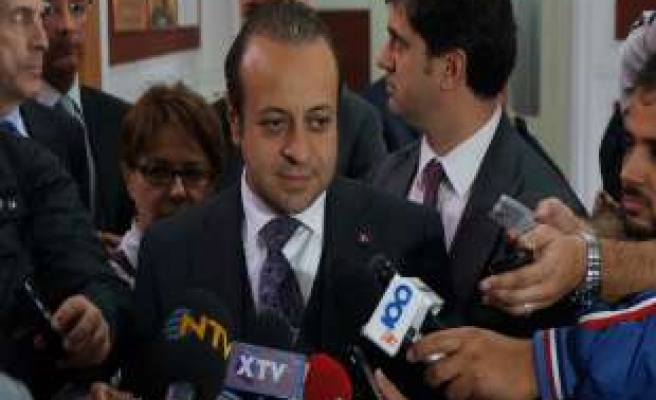 A comprehensive solution to the Cyprus issue would be significant not only for Greek Cypriots and Turkish Cypriots but also for Turkey and Greece as well as for Britain, said Turkish Minister for EU Affairs and Chief Negotiator Egemen Bagis Tuesday speaking at the new Turkish Embassy building in Athens, the Greek capital.

"That is why we supported the Annan Plan (a 2004 United Nations proposal to reunite the island) although it was not a perfect one," he said reminding the Greek side did not support the plan.

During his visit in Athens, Turkish minister discussed several issues including the opening of the Halki seminary, the mosque problem in Greece, and lifting visa requirements for Turkish citizens.

Bagis said Greek authorities voiced their demands over the opening of the Halki seminary (the Theological School of Halki), which is located on the Turkish island of Heybeliada off Istanbul.

"We told them that it was not a political decision of us to close the school; it was a judicial decision for which we try to find a formula," he said.

"If Greece keeps its promises to the Justice and Development (AK) Party in the last 12 years, it may encourage the way to the formula (for the Halki seminary)," he noted.

He also touched on the issue of Athens' lack of a mosque and he underlined problems such as the ban on using Turkish words in the names of some associations as well as the lack of a Muslim cemetery in Athens.

Stating it would be wrong to see that the mosque was only a demand of Turkish people, Bagis said, "It is difficult to understand that a country which hosted the Olympics, established the democracy, and which was one of the oldest civilisations in the history has such a problem."

Bagis also reminded the return of land to Mor Gabriel Monastery Foundation by the decision-making body of the Directorate General of Foundations, and stressed that all such efforts are signs of Turkey's goodwill.

As for the visa issue between Turkey and Greece, Turkish minister said Greek could not lift visa requirements for Turkey as it was a member of EU.

"However, Greece fully supports the lifting of visa requirements for Turkish citizens as they are unfair and unreasonable."

Concerning the recent democracy package of Turkey revealed last Monday which also paved the way to lifting the ban on headscarves, Bagis described the move as a "crucial and brave step", and he underlined the freedom of wearing headscarves in government offices.

"We, as a country which believes in democracy, care much about the steps taken to strengthen the democracy in Greece as we do in other countries," Turkish minister said and voiced support if needed.

Greece should stay away from Turkey. We seen whats going on in England and other countries in the EU where muslims has escaped to..In Sweden the situation is bad..muslims asking for more and more, the Swedes has no rights..DO NOT LET MORE MUSLIMS IN!