Turkish foreign minister Davutoglu met with Turkish ambassadors in the region and key countries to discuss the latest developments in the region. 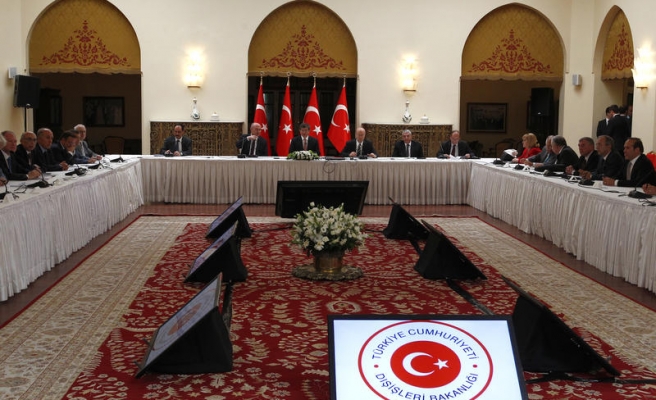 Turkish Foreign Minister Ahmet Davutoglu met Thursday with Turkish ambassadors to the Middle East and to some key capitals to discuss the latest developments in the region.

Turkish ambassadors to United States, Russia, China, Britain, France,  United Nations, European Union and NATO along with Turkey's ambassadors in the Middle East participated in the meeting at Ankara Palas.

The meeting which has been covering the general situation and the latest developments in the Middle East region with around 40 participants was closed to the press.