The United States and Turkey are the founding co-chairs of the GCTF. 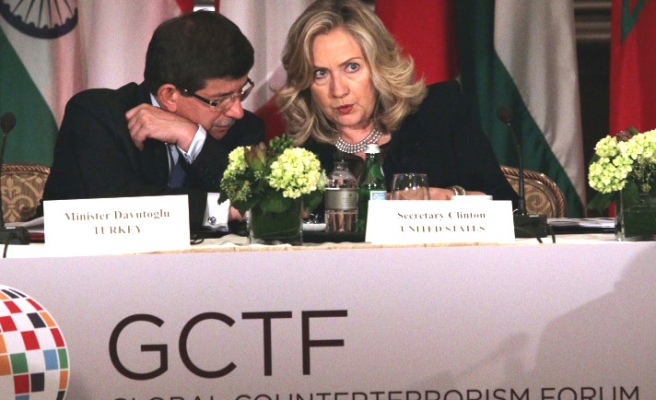 The Global Counter-terrorism Forum (GCTF), a major initiative within the Obama administration, was officially launched on Thursday.

The United States and Turkey are the founding co-chairs of the GCTF.

The world "needs" an initiative such as the GCTF, Davutoglu said.

The GCTF will assume a crucial role in global counter-terrorism, Davutoglu said.

Turkey will provide strong support to the GCTF, Davutoglu said.

We wish to host an administrative body of the GCTF in Istanbul in the future, Davutoglu said.

Hillary Clinton, in her part, said that the U.S. will be an active member of the GCTF.

The GCTF is a new international counter-terrorism entity with 30 founding members (29 countries plus the EU). It will bring together experts from all around the world in meeting the challenges of global terrorism.