Davutoglu says Turkey does not need any mediation

Turkey's foreign minister Ahmet Davutoglu said Turkey did not need any mediation between itself and Israel and Turkey's demands were obvious. 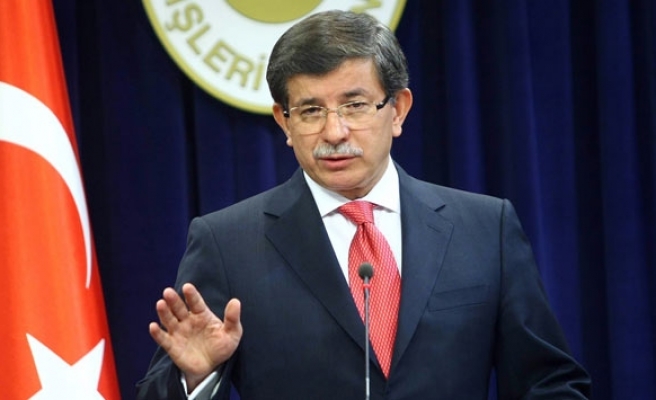 Turkey's foreign minister Ahmet Davutoglu on Saturday said Turkey did not need any mediation between itself and Israel and Turkey's demands were obvious.

"Nobody should try to test our serious stance," Davutoglu said.

On Greek Cypriot initiative regarding oil and natural gas explorations in the Mediterranean, Davutoglu said he thought this unilateral initiative of the Greek Cypriot administration when intensified talks were going on in Cyprus, and a new peace plan was being shaped up was just a provocation.

Davutoglu said the Greek Cypriot administration wanted to sabotage negotiations, and if a new formation would be established in Cyprus including two founder states, all natural resources would belong to both of the founder states.

"Therefore let's find a solution and then Turkish Cypriots and Greek Cypriots benefit from natural resources altogether," he said.

Davutoglu said Turkey and Turkish Republic of Northern Cyprus had prepared an action plan, adding that there were steps to be taken if the fait accompli maintained.

Turkey and the TRNC on Thursday agreed to conclude a continental shelf delimitation agreement should the Greek Cypriot administration proceed with offshore drilling activities in the south of the island, said the Turkish Ministry of Foreign Affairs (MFA).

In a statement released Thursday, the MFA said that "upon the invitation by the Turkish government, a technical meeting was held today at the Ministry with a delegation composed of representatives from relevant authorities of the TRNC.

Ankara has downgraded diplomatic relations with Israel and suspended defense trade following the Israeli refusal to apologize for its deadly 2010 assault on a civilian ship challenging its Gaza blockade in which nine Turks were killed.