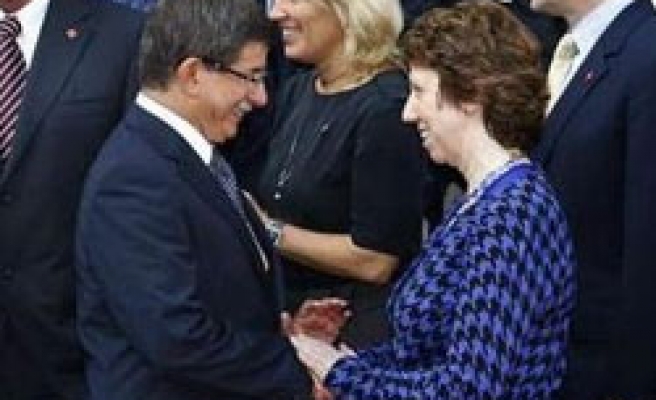 In a press conference held after attending an informal meeting of European Union (EU) foreign ministers in Belgian capital of Brussels on Saturday, Ahmet Davutoglu said that the ministers discussed EU's strategic future and EU's relations with rising powers of China, India and Brazil.

All ministers who talked at today's meeting referred to Turkey's increasing strategic importance, Turkey's growing economy and strategic contribution that Turkey can make to the EU, Davutoglu said.

In response to a journalist's argument that the EU has left Turkey out of a solution between Kosovo and Serbia, Davutoglu said that such was not the case.

EU ministers made constant reference to Turkey's role in the Balkans and in facilitating peace. Turkey is not in competition with any one in the Middle East or the Balkans. We are behind every positive effort. Turkey extends support to peace no matter how it takes place or who makes it possible, Davutoglu said.

What is crucial is that peace and stability is maintained in the Balkans, Middle East, Caucasus and Central Asia and in our region. We are behind any effort that would facilitate peace and stability in such areas. We have never been in competition and will never be, Davutoglu said.

The issue of the referendum that has took place in Turkey on Sunday also came up at today's meeting with EU ministers. The ministers have said that they appreciated the constitutional amendments Turkey made and that the reform process will bring Turkey closer to the EU, Davutoglu said.