Denmark's Foreign Minister said Turkey came a long way with the reform program, and the country can always develop further. 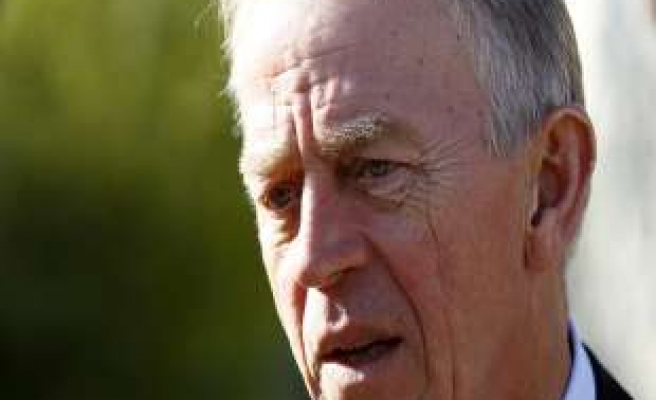 Denmark's Foreign Minister Villy Sovndal said on Tuesday "We want all other chapters which have been blocked to be opened but l cannot put up a time table for Turkey's membership to EU while l can [list] some obstacles."

"If it is possible to solve the Cyprus issue, it will take away another obstacle for Turkey's membership to EU," Sovndal told a joint press conference with Turkish Foreign Minister Ahmet Davutoglu on Tuesday in the Turkish capital, Ankara.

Regarding the Turkey's reform programs, Sovndal said Turkey came a long way with the reform program, and the country can always develop further.

Sovndal also added "We ask you to be brave in the agenda item on freedom of speech and minority rights."

"We want all other chapters to be opened which have been blocked," said Sovndal and added, the Chapter 22 was opened and the Chapter 23 will be opened as well.

"Everyone has seen the election in France as the new government has changed the French attitude on Turkey's membership to EU." Sovndal pointed out.

Sovndal said "we have a lot of common agenda even though there is a big distance between two countries."

"Many Danish people have been visiting Turkey every year as many Turkish citizens have been living in Denmark that is why we are not far from each other," Sovndal said.

"Turkey, in many ways, bridges the EU and Asia," said Sovndal and added: "Turkey in all of the ways is a central player."

On his part, Davutoglu noted "the trade volume between Turkey and Denmark is $2 billion and Denmark has always supported Turkey's membership to EU.

With respect to opening new chapter, Davutoglu said "we hope Denmark continue to have positive approach on this matter."

During the visit, both sides discussed Turkey-Denmark relations, Turkey's EU accession process, the economic crisis in Europe and exchange views on the latest regional and international developments.

Following the meetings in Ankara, Sovndal will go to Turkey's southeastern Gaziantep province as he was set to visit a refugee camp in Islahiye town sheltering Syrians.