Around 3,000 youth gathered together at the Tahrir Square chanting slogans against possible martial laws in Egypt. 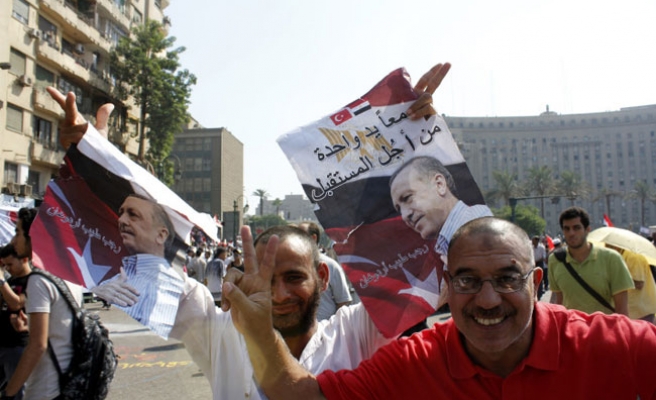 Around 3,000 youth gathered together at the Tahrir Square chanting slogans against possible martial laws in Egypt.

The youth at the same time held a symbolic award ceremony for Erdogan at the Tahrir Square.

Speaking at the ceremony, a member of the Revolutionary Youth Movement, Ahmad Asur said that "Erdogan is an excellent leader. Erdogan supported us and raised our morale during the Egyptian revolution. We are holding an award ceremony for him. We send the applause of the Tahrir Youth as a gift to him".

In a rally held at the Tahrir Square earlier on Friday, hundreds of Egyptians carried Turkish flags and posters of Erdogan.

Many Egyptians at the rally said they loved Erdogan and that they will never forget his speech delivered in Cairo.