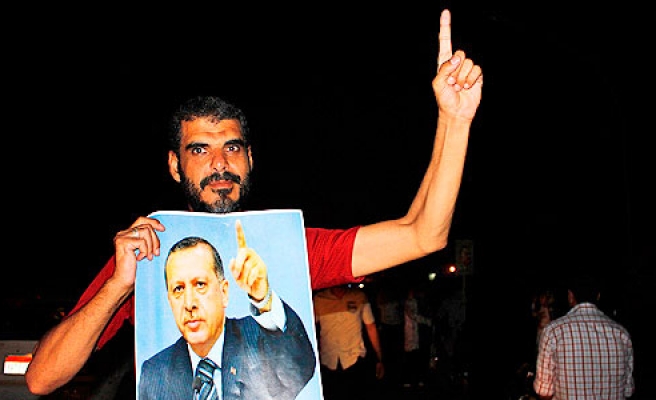 Egyptians wait for Turkish Prime Minister Recep Tayyip Erdogan excitedly as Erdogan is expected to visit them on September 12 in a period when the three decades rule of Hosnu Mubarak has ended.

Rallies were held in Cairo on Friday in support of the Egyptian revolution.

"We were happy to see Prime Minister Erdogan's honorable stance against Israel. I will be at the forefront of people welcoming Erdogan to Cairo at the airport," Shafi said.

"The people of Egypt love Erdogan. Everyone wishes to see Erdogan. If he addresses the Egyptians at the Tahrir square, then more people would be able to see their hero," Shafi said.

Hundreds of Egyptian youth called on individuals to welcome Erdogan as a hero in social sites such as facebook and twitter.

Thousands of Egyptians plan to welcome Erdogan to Cairo with Turkish flags in their hands.

Speaking to the AA, an Egyptian politician said that Turkey, Egypt and Iran were the most crucial triangle of the region.

"During Erdogan's visit, Turkey and Egypt should sign cooperation agreements in the fields of politics, commerce and military relations," said the politician.