The Independent Commission on Turkey, led by former Finnish President Ahtisaari, has completed its talks in Turkey's southeast and Istanbul. 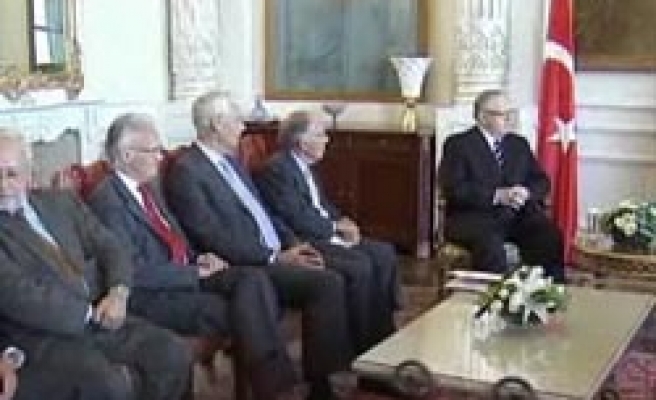 The Independent Commission on Turkey, led by former Finnish President Martti Ahtisaari, has completed its talks in Turkey's southeast and Istanbul.

Holding a press conference on the commission's visit to Turkey, Ahtisaari said the delegation had arrived in Turkey in order to monitor and support the country's EU membership process.

Noting that Turkey had acted very professional in its EU process, Ahtisaari said Turkish economy had recently reached a level much better than many EU countries.

Pointing to the importance of Turkey's solving its problems in a peaceful atmosphere, Ahtisaari said all the parties the commission contacted during the visit underscored that they did not want violence and they desired the proper functioning of a political process to be followed by a period of disarmament.

Ahtisaari said it was not easy to talk about democracy with people who had been on mountains for 30 years, but Turkey's steps on the matter were remarkable.

Speaking at the conference, the commission's rapporteur Albert Rohan, who is the former undersecretary of the Austrian ministry of foreign affairs, said that PKK's laying down arms should be auditable in the international arena.

Rohan said there should be an authority that could take over the weapons, adding the United Nations or the EU could be that address.

The group, led by former Finnish President Ahtisaari, paid a visit to Turkey's southeastern province of Diyarbakir to hold a series of talks, and later met with Turkey's president, prime minister, foreign minister and chief EU negotiator in Istanbul throughout the week.