Libyan people expressed pleasure on Saturday with unity and solidarity messages Turkish prime minister gave during his visit to this country. 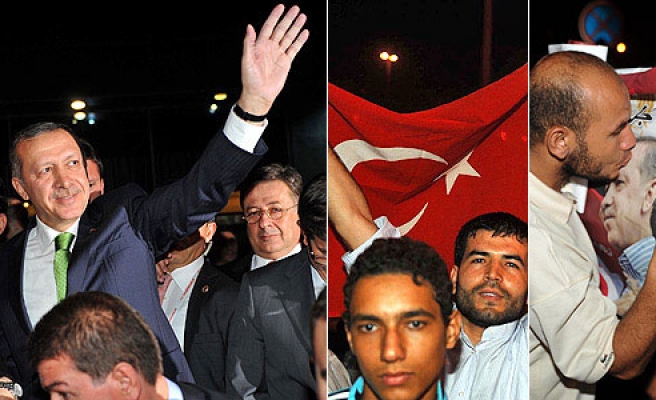 Libyan people expressed pleasure on Saturday with unity and solidarity messages Turkish prime minister gave during his visit to this country.

They say that Turkey has a special place for themselves as a Muslim country. Defining Turkey as a developed and democratic country in Islam world with a strong economy, Libyan people say support and cooperation voiced during Erdogan's visit have therefore strengthened Libya.

Moreover, thousands of people filled the squares in Tripoli, Misurata and Benghazi to listen to Erdogan's addresses, which indicate the admiration for Turkey and Erdogan.

Also, some Libyan newspapers headlined Erdogan's visit during their Saturday's editions, and some other papers also made a wide coverage of the visit.

Subat newspaper headlined the visit, defined it as historic, and wrote that bilateral relations would be boosted. Alwatan newspaper wrote about close interest in Erdogan, whereas Libya Al Mostakbal published Erdogan's Friday prayer at the Martyrs' Square and his visit to Murataga Mosque in Tajoura with wide photographs.

Quaryanews highlighted Erdogan's remarks eulogizing Libyan people's victory, and said the premier's words that "administrations that used power against their people could not remain in power" covered significant messages for Middle Eastern countries.