Erdogan says US to provide drones to Turkey

Erdogan, speaking to reporters in New York on Friday where he attended a U.N. General Assembly, said Turkey has offered to buy or lease the drones and that details are being worked out. 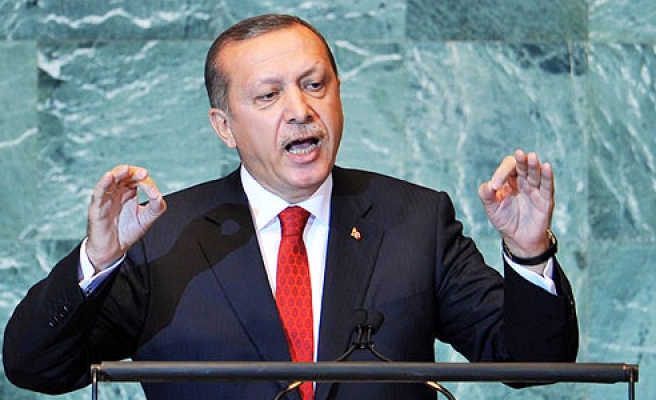 The United States has agreed in principle to deploy U.S. Predator drones on Turkish soil to aid in the fight against PKK militants, Prime Minister Tayyip Erdogan said.

The U.S. military flies unarmed surveillance Predators based in Iraq and shares images and vital intelligence with Turkey to aid Ankara as it battles PKK miltants who have camps in northern Iraq.

Erdogan, speaking to reporters in New York on Friday where he attended a U.N. General Assembly, said Turkey has offered to buy or lease the drones and that details are being worked out.

U.S. troops are due to leave Iraq at the end of 2011. Turkish officials have expressed concern the PKK, which has bases in northern Iraq, might exploit any security vacuum left by the departure of the U.S. military from Iraq.

Security experts say Turkey is very dependent on the Predators and other spy aircraft in its fight against the PKK.

Turkey, a NATO ally for the United States, agreed earlier this month to host a NATO early-warning radar system as part of the defenses of the Western military alliance.

Erdogan said such operations will continue until the PKK lays down its weapons. Iraqi Kurdish government officials have called for the issue to be resolved through diplomatic means.

"Our decision is clear. We cannot back off, we cannot think about ending the cross-border operations," Erdogan said.

"If the PKK organization can manage to lay down weapons, naturally the operations will also stop."

There has been an increase in rhetoric by Turkey of a potential cross-border land operation into northern Iraq, possibly in cooperation with Iran, which is locked in its own conflict with an offshoot of the PKK.