Erdogan to meet US, Greek leaders at NATO summit

﻿Turkish President Recep Tayyip Erdogan will be meeting with U.S. President Barack Obama for the first time in sixteen months at the NATO summit in Cardiff on Friday. 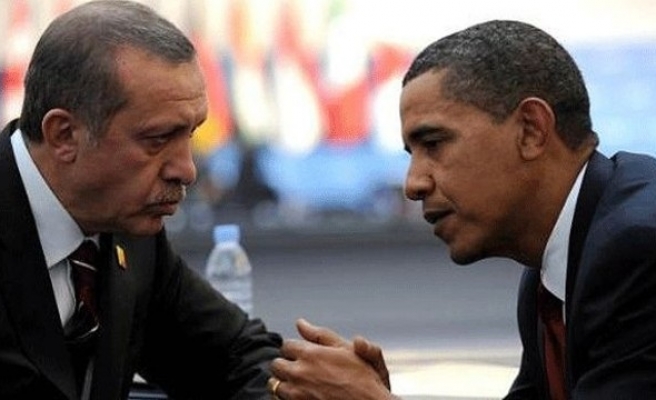 Turkish President Recep Tayyip Erdogan is due to meet both U.S. President Barack Obama and Greek Prime Minister Antonis Samaras at the NATO summit in Wales on Thursday.

President Erdogan, who is currently in Azerbaijan on his second presidential visit after leaving the Turkish Republic of Northern Cyprus (TRNC) on Monday, will meet with the Greek leader at the summit in Cardiff “out of protocol,” according to reports in Athens.

It is expected that Erdogan and Samaras will discuss the Cyprus problem after Erdogan's comments during his visit to the TRNC, where he insisted that a solution would come about more quickly if Greece behaved more like a constitutional guarantor, angered the Greek government.

Erdogan accused Greece of “not being consistent with her obligations” towards the Cyprus problem in addition to denying that Greek Foreign Minister Evangelos Venizelos delivered him an official letter written by Greek Cypriot administration leader Nikos Anastasiades.

The Greek Ministry of Foreign Affairs responded to Erdogan’s comments calling them “disappointing” and stressing that “Turkey cannot integrate Greece’s international obligations with the serious responsibilities that Turkey has for the situation in Cyprus.”

As well as meeting the Greek premier, Erdogan will also be meeting with U.S. President Obama in Cardiff on Friday afternoon. It will be the first time in sixteen months that the two leaders will be meeting amid strained relations between Ankara and Washington.

Erdogan is due to leave for Wales to attend the NATO summit directly after leaving Azerbaijan, where he is meeting Azerbaijani President Ilham Aliyev to discuss energy matters.

On Wednesday, Erdogan vowed to bring up the issues of NATO's promises to Azerbaijan at the summit.