EU's enlargement chief welcomed approval of constitutional reforms in a Turkish referendum as a "step in the right direction" in its efforts to join EU. 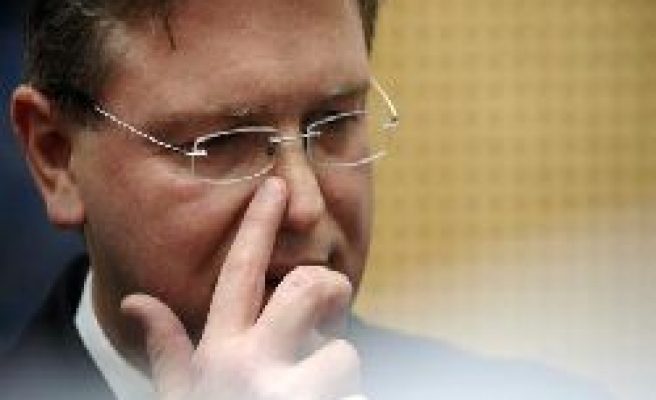 The EU's enlargement chief welcomed Sunday's approval of constitutional reforms in a referendum in Turkey as a "step in the right direction" in its efforts to join the bloc, but pressed Ankara for more change.

The Turkish government says the reform package will strengthen the Muslim nation's democracy and bolster its bid to join the European Union.

EU Enlargement Commissioner Stefan Fuele said in a statement the referendum victory "demonstrates the continued commitment of Turkish citizens to reforms in view of enhancing their rights and freedoms".

"These reforms are a step in the right direction as they address a number of long-standing priorities in Turkey's efforts towards fully complying with the accession criteria," he said.

But Fuele also pressed Ankara to introduce laws to ensure the implementation of constitutional changes.

"We will follow their preparation very closely," he said.

"We share the views of many in Turkey that today's vote needs to be followed by other much needed reforms to address the remaining priorities in the area of fundamental rights, such as freedom of expression and freedom of religion."

Fuele also called for broad public debate on future democratic reforms "in a timely manner and a spirit of dialogue and compromise".

Even if democratic reforms progress well in Turkey, Ankara will also have to overcome reluctance among some EU governments, notably France and Germany, to allow it to join.

It will also have to patch up relations with Cyprus which has blocked talks on some of the negotiation areas Turkey needs to clear before joining, because of a dispute over Turkish Cyprus.