Ashton has had her first meeting with Mottaki to discuss Tehran's nuclear program after behind-closed-door efforts by Davutoglu. 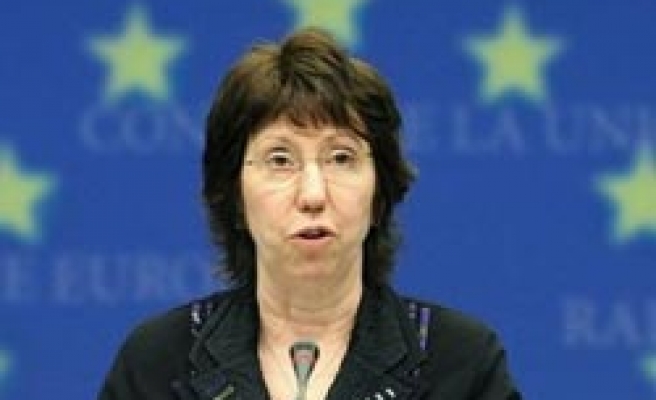 Ashton and Mottaki met in Kabul on Tuesday on the sidelines of a key international conference discussing invasion's future in Afghanistan. Turkey, along with Brazil, co-sponsored a nuclear fuel swap deal with Iran in May, but the agreement was snubbed by the US, which pushed for sanctions against Iran at the UN Security Council. The sanctions were eventually passed, but Turkey and Brazil, both members of the 15-nation council, voted “no.”

Following the sanctions decision, Iran's chief nuclear negotiator, Saeed Jalili, sent a letter to Ashton, who negotiates on behalf of the P5+1 group -- comprising the United States, Russia, France, Britain and China plus Germany -- saying it is ready for new talks in September, provided that a set of conditions are met. Ashton recently sent a response saying the P5+1 welcomed Iran's proposal to begin the talks in September but emphasized that the talks must focus on Iran's nuclear program.

Davutoglu, speaking to reporters in Kabul late on Tuesday, said Turkey would like to see talks between Ashton and Jalili as soon as possible, Turkey's Cihan news agency reported. According to sources, that meeting is likely to take place in the coming week or 10 days, the agency said.

The Ashton-Mottaki meeting came in the wake of Turkish efforts in the past week. On July 13, Davutoglu met with Ashton in Istanbul during a Turkey-EU meeting and asked her to respond to Jalili's letter so that the negotiation process could begin. Ashton's response letter was sent to Iran a day after this meeting.

On July 15, Davutoglu met with Mottaki during a visit to Portugal, pressing him to respond positively to the EU. A response letter to the EU from Iran was sent the following day. On July 17, Davutoglu met again with Ashton, this time on the sidelines of an Organization for Security and Cooperation in Europe (OSCE) meeting in Kazakhstan, to review progress in efforts for beginning of the Iran-P5+1 talks.