EU process should not be based on chapter numbers: Turkey

The Turkish chief negotiator for EU talks said that it was much more important to illuminate minds than to open chapters in Turkey's EU membership process. 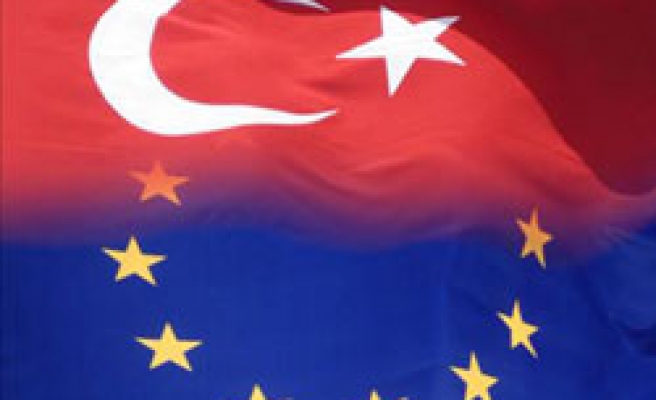 The Turkish chief negotiator for EU talks said on Friday that it was much more important to illuminate minds than to open chapters in Turkey's EU membership process.

Holding a press conference in New York, Turkish State Minister & Chief Negotiator for EU Talks Egemen Bagis said that even the referendum to be held in Turkey on September 12 showed how Turkey made progress in its EU process.

"It is not important to open chapters, but to illuminate people's minds and to turn Turkey into a democracy at universal standards," Bagis said.

Noting that 13 out of a total of 33 chapters had been opened to negotiation with EU since 2005, Bagis said Turkey displayed efforts to start talks on new chapters such as competition, energy, education and culture in the upcoming period.

Bagis said that Turkey's EU process would proceed, however, such process should not be based on the number of chapters opened to negotiation.

Stating that the level of democracy and human rights in Turkey were more important, Bagis said, "We are conducting this process not for Europeans, but to improve the life standards of our citizens."

Commenting on the launching of direct talks between Israel and Palestine in September 2010, Bagis said that Turkey was pleased with the constructive and positive developments between the two countries and was ready to contribute to the process if the parties demanded.

"However, we are still waiting for an apology from Israel," the minister said, referring to the Israeli raid on a Gaza-bound aid flotilla late May.

Minister Bagis, who has completed his talks in New York, is expected to return to Turkey on Saturday.