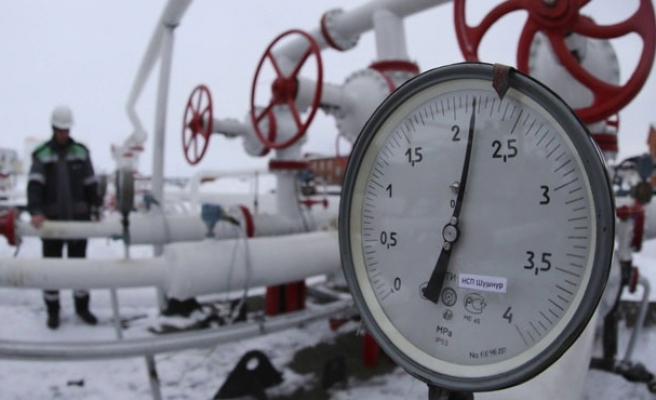 The EU should foster a new strategic energy alliance with Turkey as it will be at the center of EU's secure gas supply scheme in the future, according to EU Commissioner for the Climate Action and Energy on Friday.

Miguel Arias Canete was addressing the European Energy Union Conference in Riga, the capital city of Latvia, which currently holds the EU presidency.

The European Commission, EC, introduced the "Energy Union" on Feb. 4 which will be officially launched on Feb. 25. The union is high on the EU's political agenda since the Ukraine crisis shook the bloc's energy supply security with Russia. The country is the largest exporter to the bloc providing 22 percent of its imports.

In the EC's press release, it said that the EU imports 55 percent of its energy while 90 percent of the housing stock in Europe is energy inefficient. It further said that its energy infrastructure is ageing and the internal energy market is far from complete.

During his speech, Canete stated that bringing Turkey into the center of the EU's supply security plans is vital, along with Ukraine, and he added that the Southern Gas Corridor will help the EU decrease its reliance on Russia.

The Southern Gas Corridor is a scheme to carry natural gas from Azerbaijan on the east, near the Caspian Sea, passing through Turkish territory to go to Greece on the west, and further to Albania and then Italy to reach Europe.

Canete also said that enhancing relations with Norway, which sells 100 billion cubic meters of gas to the EU annually, is a key priority and added that forging a sustainable liquefied natural gas, LNG, strategy is a must.

According to Canete, customers in the EU should have the freedom to buy electricity from another country, if they find the prices cheaper.

"Competition, supply security and sustainability - all of these together forms the energy union triangle," said Canete, and added that the Energy Union is a commitment to fundamental and lasting change, solidarity as well as collective action when needed among the citizens and industries of the 28 member states.

The Vice-President of the European Commission, EC Maros Sefcovic introduced five dimensions of the Energy Union, and said they are parallel and mutually reinforcing processes.

The first dimension is "supply security based on solidarity and trust", said Sefcovic, and explained that relations with source countries such as Russia should be balanced.

He said the second dimension is "a competitive and completed internal energy market," which will reinforce fair prices, and where transparent long-term gas contracts will enhance an environment of fair treatment and ensure customer loyalty.

The third dimension is "moderation of energy demand," said Sefcovic, who added that if the EU increases energy efficiency by one percent, gas consumption will decrease by 2.6 percent.

The fourth dimension includes the decarbonization of the EU energy mix, said Sefcovic, stressing the EU's target of 40 percent carbon emissions reduction by 2030.

Sefcovic said "research and innovation" is the final dimension, and added, "We will move from 28 different energy policies into one good European one."

The conference is co-organized by the Latvian Presidency and the EC to create a brainstorming platform for the European Energy Union, ahead of the official launch on Feb. 25.