Former Vice President Ejup Ganic of Bosnia-Herzegovina said on Friday that he was pleased with the gestures and interest of Turkey during and after his custody. 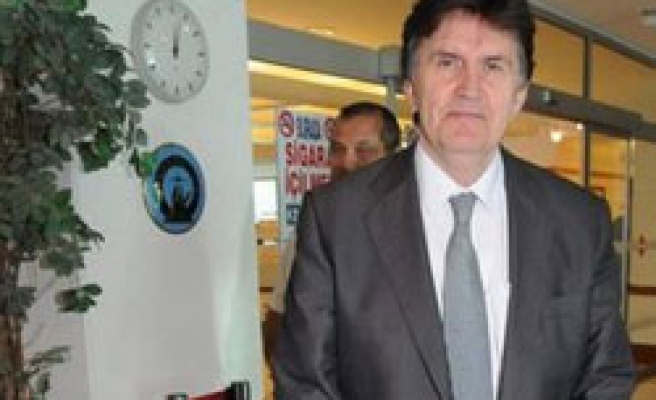 Former Vice President Ejup Ganic of Bosnia-Herzegovina said on Friday that he was pleased with the gestures and interest of Turkey during and after his custody.

Speaking to A.A in Sarajevo where he arrived in after a British court rejected his extradition to Serbia, Ganic said that his arrestment in London five months ago was an insult, adding that he felt as if Bosnia was arrested too.

On July 27, a British court blocked an attempt to force Ganic to stand trial for war crimes in Serbia. The judge said the extradition proceedings were being used for political purposes, and blocked the extradition and freed Ganic immediately.

Ganic said that Turkey's gestures made him very happy.

Regarding Turkey's recent efforts for peace in the Balkans, Ganic said that Turkey was a developing and productive country which had a young population.

He said that Turkey pursued a very wise politics, and it was a neutral actor which was exerting efforts for peace in the region.

Noting that Turkey's economy was very strong, Ganic said that the country's influence was increasing. He added that Turkey was one of the strongest countries of NATO which brought a great credibility to the country.

Ganic said that Turkey's taking place in the region was very positive in economic aspect.