First aid plane to Somalia to take off next week: Turkey

The first aid plane to Somalia will take off from Turkey on August 8, Turkish International Cooperation and Development Agency said on Friday. 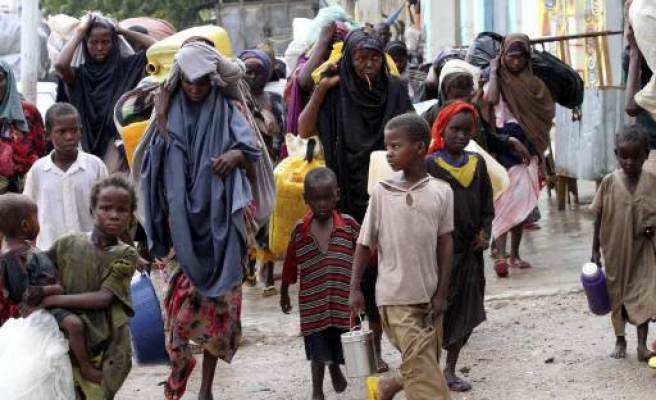 The first aid plane to Somalia will take off from Turkey on August 8, Turkish International Cooperation and Development Agency (TIKA) said on Friday.

TIKA chairman Serdar Cam said that the first cargo plane would carry aid to Somalia, and would take off from Ankara's Esenboga Airport on Monday.

Cam said the aid would be distributed to Somali people in capital Mogadishu.

"This first aid consignment is within the scope of emergency assistance and aims to heal agonies of Somali people," Cam said.

Cam said TIKA was fighting hunger in 13 countries within the scope of Africa Agricultural Development Program.

The chairman said TIKA would launch longer projects after this urgent food assistance, and would focus on agricultural and animal breeding projects.

Cam also said a ship would also set sail for Somalia, and there would be a drilling team of Forestry & Water Affairs Ministry aboard that ship.

Earlier on Friday, the Turkish Humanitarian Relief Foundation (IHH) said it was planning to send 3,000 tons of food and medicine to Somalia.

An IHH ship will leave on August 15 to carry aid to the famine-stricken country that fights drought.

Somalia is currently struggling with one of the worst droughts in the past 60 years.

Tens of thousands of people have so far been displaced and scores lost their lives due to the humanitarian situation in the region.