Turkish President Abdullah Gul condemned the attack in southeastern part of the country. 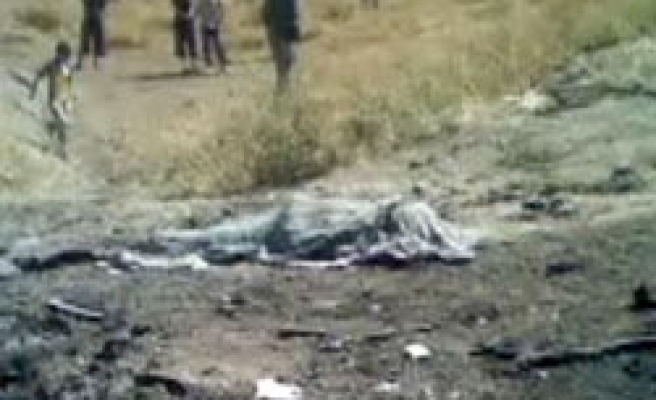 Turkish President Abdullah Gul condemned the attack in southeastern part of the country on Thursday.

President Gul told reporters, "we are profoundly sorry about killing of nine people in a terrorist attack in the southeastern province of Hakkari. Small children are injured in the attack. This attack proved once again the brutality and inhumanity of terror."

"I harshly condemn killing of civilians in acts of terror. Our state will never leave its citizens alone against the terrorist organization," he added.

Meanwhile, another condemnation came from France.

Bernard Valero, spokesman for French Foreign Ministry, strongly condemned the bloody attack. He offered French people's condolences to those who lost their beloved ones in the attack.

Meanwhile, the death toll was corrected as nine. Earlier, it was reported that ten people lost their lives in the attack.

The Governor's Office said in a statement that since one of victims had two names and victims' bodies were smashed beyond recognition, there was a confusion about death toll.

Nine people were killed and four others including a 3-year-old kid and a 15-month baby were injured when a land-mine went off in the province of Hakkari while a minibus was passing earlier in the day.