Minister Davutoglu said any foreign pressure or restrictive attitude would prevent the natural flow of history and make a solution difficult in Egypt. 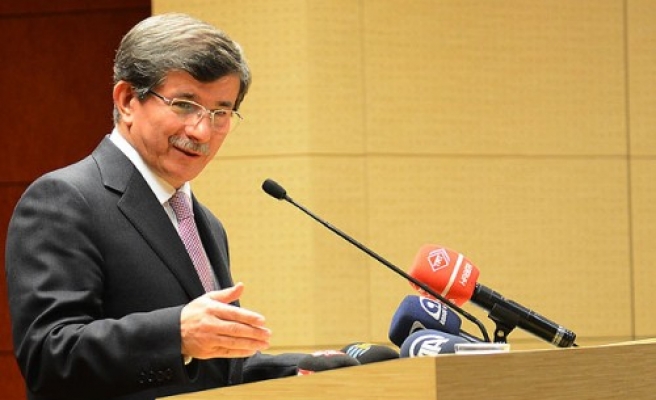 Turkish Foreign Minister Ahmet Davutoglu has said freedoms are the "key concept" in solving deep-seated problems underlying the recent unrest in Egypt, sparked by a military coup that saw the ouster of the country's first democratically elected president.

Davutoglu said expanding the area of freedoms and allowing unconstrained individual and societal self-expression would help put history "on the right track".

"We need to have the right stance if historical structures are moving and a change of mindset is in the works," he told a televised program on Turkish state broadcaster.

Davutoglu emphasized the importance of letting history flow in its natural pattern, which he believes could be facilitated through enhanced freedom.

"I think the key concept here is freedoms," he said. "Every kind of foreign pressure and restrictive attitude would prevent history from finding its natural flow.

"When you expand area of freedoms and ensure that individuals and movements within a society are able to express themselves and engage politically, then history is on the right track," he said.

Political regimes with strong legitimacy are needed to turn the Middle East from a crisis-plagued region into a "basin of stability and prosperity", Davutoglu said.

"Otherwise, a region that harbors regimes with little public support always has the potential for war," he said.

The Turkish foreign minister said his counterparts were loathe of the possibility of a military takeover in Egypt when he talked to several of them on the phone a day before the coup.

"What they said was, ‘if you accept now the removal of an elected president based on the demands of the people who gathered in Tahrir Square, then some other people would take to the streets when a new president is elected a few months later and they would want the new president to go. This would cause a never-ending vicious cycle.'"

He said such a prospect was "a very dangerous game" and would prove "socially divisive".

Morsi's alleged mistakes would not be reason enough to forcibly remove him from power, Davutoglu said, and the same applies everywhere in the world.

"When I talked to some of my European friends and they told me 'Morsi made mistakes', I said to them: 'Would you allow or have you allowed military takeovers in EU states which went bankrupt due to financial policies?'"

The Muslim Brotherhood, a powerful political organization in Egypt from which Morsi hails, is part of the social fabric of the nation, as opposed to a "marginal group that somehow rose to power", Davutoglu said.

The group, after "hundred years in opposition", faced its own political reality when it had to grapple with crippling structural problems upon coming to power, he said, and therefore deserved more time than merely a year that they got to set things right.

Turkish foreign minister also maintained that the reason behind the dissolution of the parliament in the country was "not the people in Tahrir or al-Adewiyya [Squares], but those who wanted to preserve the status quo."

Davutoglu said Turkey does not take sides in Egypt, and instead adopts a "principled approach" against any interruption of the democratic order.

"If [opposition leader] ElBaradei had faced such injustice [instead of Morsi], we would have stood in the same position with regard to our principles," he said.

Differences of opinion that exist between Turkey and its allies towards the recent events in Egypt would not affect their cooperation on the Syrian crisis, Davutoglu added.