Doctors at the Kilis State Hospital said that Rabia will remain at the hospital for a certain period of time. 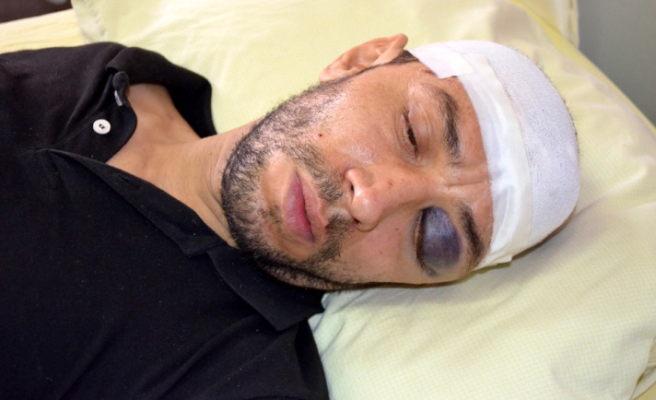 A French journalist of Algerian origin, who was wounded in Syria, has been brought to Turkey on Tuesday for medical treatment.

Yasin bin Rabia was wounded while trying to record footages showing the clashes between the Syrian army and opposition forces in Aleppo.

Yasin bin Rabia was brought to the Turkish-Syrian border with the assistance of the Syrian opposition and is presently staying at the Kilis State Hospital in southern Turkey.

The French journalist is under care at the Neurosurgery Department of the Kilis State Hospital.

Speaking to the Anadolu Agency (AA) at the hospital, Rabia said that he was wounded in his head while on duty in Aleppo along with three other colleagues.

"I was brought to Turkey by the assistance of the Syrian opposition. I am not sure about the condition of my colleagues," Rabia stressed.

Doctors at the Kilis State Hospital said that Rabia will remain at the hospital for a certain period of time.