Germany concerned about exodus of Turks

The German government is worried about the large number of Turks emigrating from Germany to Turkey, according to an Anatolia news report. 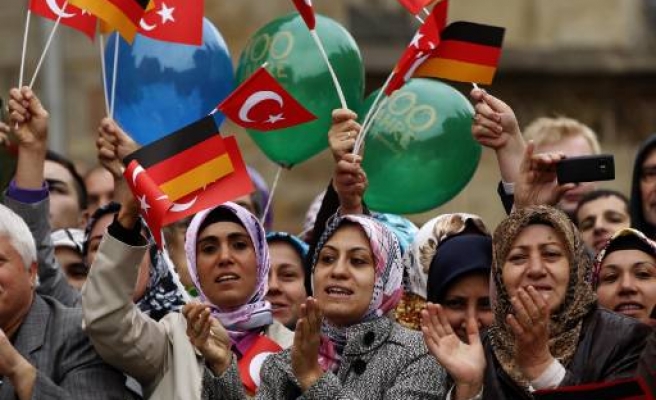 The German government is worried about the large number of Turks emigrating from Germany to Turkey, according to an Anatolia news report.

Turkish-German Chamber of Commerce and Industry Deputy Chairman Nihat Sorgeç told Anatolia that he is concerned about the number of Turks who are born, raised and educated in Germany but then leave for Turkey.

"Germany is concerned about this. The departure of tens of thousands of Turkish academics from Germany to Turkey is watched anxiously by authorities. A university education for one person in Germany costs 200,000 euros. The German authorities are looking for a solution like increasing fees so that people do not return to Turkey," Sorgeç said.

He said the Ministry of Integration was established six years ago with the goal of preventing Turks from leaving Germany, a practice that has been increasing in recent years. The ministry continues to work on finding ways to achieve this goal, Sorgeç added.

A total of 100,000 people are working in 4,600 German companies in Turkey, Sorgeç said. "Look at the managers of the famous companies and you will see that they are Turks who received a great education in Germany," he added.

"On the other hand there are still integration issues with the migration from 50 years ago. There are unfortunately citizens who have lived here for 40 years and still do not know three words of German," he said.

Turks living in Germany should be called "Germans of Turkish origin," Sorgeç said. "The sooner we adapt ourselves to the Turks and Turkey, the sooner we can represent them."

With the first wave of migration from Turkey to Germany taking place in 1961, Sorgeç said the structural elements are in place. "However, there is a shortage of staff in the technical fields in Germany, in the private sector and in the service sector. There is a need for workers in intermediate occupations such as sick and elderly caregivers, medical secretaries and technicians. In other words, graduates of vocational high schools in Turkey can work in Germany," he said.

A total 805,750 Turks of the entire 2,435,230 Turkish population in Germany have German citizenship, according to the Ministry of Labor and Social Security, the Ministry of Foreign Affairs and the General Directorate of Overseas Workers' Services.

That leaves 1,629,480 Turks who reside in Germany but are not yet citizens. With 146,427 Turks without work in Germany, the unemployment rate among Turkish citizens is 22 percent.

"We have the work force in Germany, but we don't have the people," Sorgeç said.